Looking for the sun at Menlo’s Farmers Market 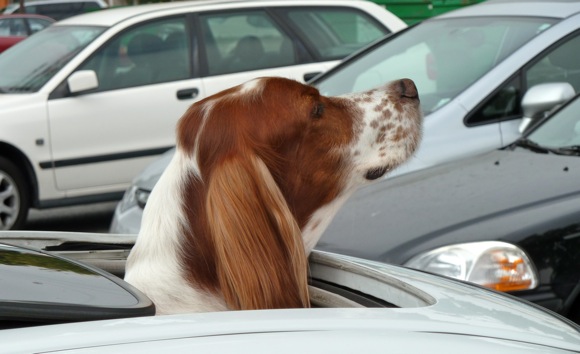 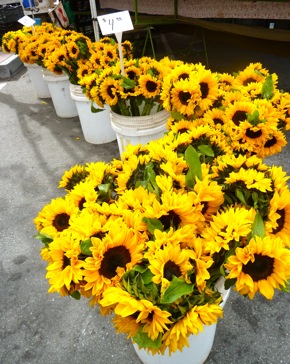 Early birds at this morning’s Farmers Market in downtown Menlo Park, found themselves, once again, looking for sunshine. That included Cian, an Irish Red & White Setter, who seemed to enjoy poking his head out of the sunroof, all the better to scan the crowds for his mistress and converse with other dogs stuck in cars.

While sunflowers are now abundantly available at the market, Alex of Cozzolino Nursery, located in Half Moon Bay, reports that they have been slow to mature due to the summer’s low temps and the coastside’s drizzly weather. He also said the English peas have been problematic but was offering a new smaller variety this morning. “Small but sweet” is the verdict of this taster.