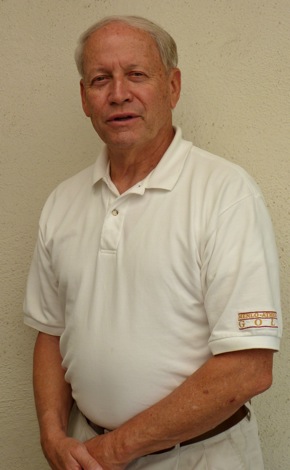 When Bob Beckstrom was growing up, his family moved around a lot. He landed at Menl0-Atherton High School during his junior year and graduated in 1960. The school stuck with him; he’s planned every class reunion since the 10th and is at the helm again for the 50th coming up this weekend.

“It’s fun to do, and the internet makes it so much easier,” he says. “This time around we located all but 15 of our classmates, a surprising number of whom are still in the greater Bay Area.”

It was Bob who got the M-A Alumni Association off the ground in the early 90s.  He spent 12 years as president of the group and planned M-A’s 50th anniversary celebration. “It’s a bit strange for a guy who only spent about a year and a half at the school,” he says.

Since arriving in Menlo in 1959, Bob has stayed put. He and wife Mary have  lived in the the same house for 40 plus years, long enough to see their three children graduate from M-A. Grandson Max is currently a senior at the school.

“I’m looking forward to the weekend,” he says. “We’re expecting a great turn out. We have a half dozen or so people who are coming to their first reunion since graduating. That’s kind of neat.”