Spotted: Flags are dancing & cheering on the first day of Fall 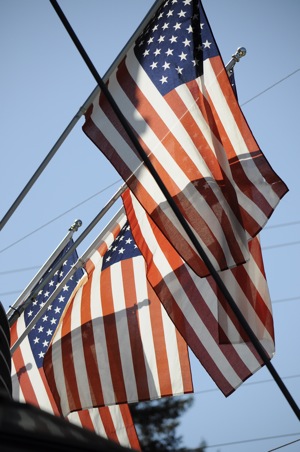 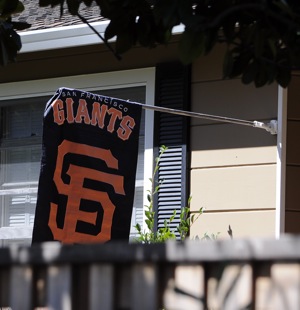 It’s a very breezy first day of Autumn in Menlo Park today, with west/northwestern gusts up to 16mph.  The windy conditions prompted a chorus line of dancing by the American flags spotted at the entrance to Draegers. Moments later, we caught the San Francisco Giants flag – hoisted outside an Oak Ave. household to cheer on the first place team during the final pennant drive – between bursts.