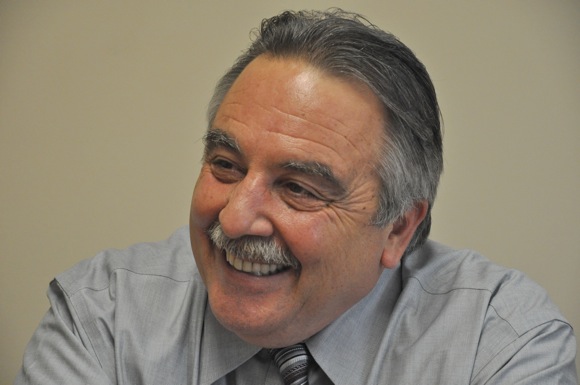 Ken Ranella had been in public education for over 25 years when he became Superintendent of the Menlo Park City School District in 2002. He’d conducted his own due diligence about the district during the hiring process, but he still wasn’t prepared for what he calls “something very special here” – the active participation of the parents in the schools.

“It’s really remarkable and something many districts don’t have,” he told the InMenlo duo visiting him at the district offices. “These are communities where parents have the resources – both time and money – to participate.”

Once on the job, Ranella’s first directive from the Board of Education was to take the next steps to attain an even higher quality educational experience for students. He believes that mandate was a good fit for his managerial style, which he describes as “continual improvement.” Under his watch, the Encinal, Laurel and Oak Knoll campuses have been renovated and the building of a new Hillview School has begun.

Ranella has also had to deal with rampant growth in the district. “We’ve grown by just under 40% since I arrived,” he says. “The current student population is  2,627.” To meet the demand, organizational changes were made – school boundaries were adjusted and teachers were moved around. 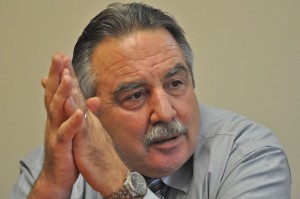 The Menlo school district is blessed with many of the characteristics that make a district successful, according to the Superintendent.  Besides the active parent community, the district is “just the right size.”

“We’re really in that great spot of being small enough so that I can get to know the parents and the kids but we’re large enough to have talented staff – without the big district bureaucracy,” he says. “We also have strong support from the wider community – people without kids in our schools – who believe in the importance of public education.”

Ranella says the continuing enrollment growth is the district’s next big challenge: “More families with young children are moving in, and our schools are at capacity. What that means is that we’ll need to expand beyond our existing campuses.”

Outside of his professional responsibilities, Ranella describes his life as “relatively simple.” “I’m not a hobbyist and I don’t play golf,” he says. “My wife Ginny and I like to travel and go to concerts. I’m interested in jazz. And who can’t be excited by the Giants!”