In conversation with NPR’s Michael Krasny 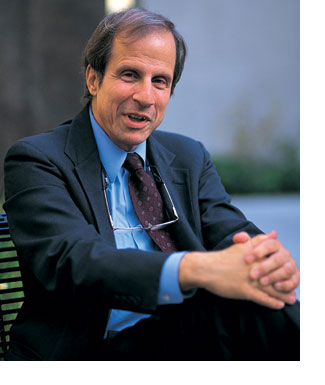 Michael Krasny’s voice is a familiar companion to anyone who listens to NPR in the Bay Area. As the host of KQED’s incredibly popular program, Forum, he has led conversations with some of the world’s most interesting and influential people.   In his new book, Spiritual Envy: An Agnostic’s Quest, Krasny, who is also a professor of English at San Francisco State, shares a personal investigation of some of humanity’s biggest and most enduring questions.

“I was,” he says, “a doubter, an agnostic, and like perhaps hundreds of thousands of others, a seeker.”   In advance of his appearance at Kepler’s on Wednesday, Oct. 13, at 7:00 PM we had the pleasure of interviewing Krasny about his new book.

Q. Your new book follows your personal search for answers to and understanding of some of the biggest questions we can ask ourselves. What inspired you to record this search in writing and to share it with a broader audience?

A. I wanted to write in order to see what I believe and to do so with the intent of finding the illumination that writing can provide. I also knew that the quest for enlightenment on “the big questions” and many of the ideas that had taken root in me since boyhood were worth communicating to a broader audience.

Q. You talk about your childhood and youth in the new book. How did it feel to revisit your past through its lens?

A. There are many challenges in revisiting the past including, perhaps most prominently, the need to rediscover its authenticity and deal with the emotions that emerge.

Q. You’ve interviewed so many fascinating and brilliant figures who are experts in a wide variety of fields. How has this experience affected your views on religion and the world?

A. It has been a fascinating and humbling journey for me to have had the good fortune of interviewing some of the most extraordinary men and women of our time. It has shaped my thinking on most every subject, and it has certainly contributed in no small way to my views on religion and the world, not only by allowing for a true distillation of knowledge, but enabling me to navigate through the often uncharted oceans of contradictory and warring ideas. Much of what I have done in talking to learned and remarkable guests on air has centered around questioning, and many of the questions and the responses they elicited propelled me into the writing of Spiritual Envy.

Q. With so much polarization happening in the world today, what is the role of the agnostic?

A. I can only speak here for myself. I think the role of the agnostic is to caution against absolutes and to make others understand that there is a wide continuum of belief and disbelief that should enjoin tolerance. Also, agnosticism, for me, provides a different path between the dogmatic certainty of much faith-based belief and the dogmatic certainty of much of the newer militant atheism.

Q. If you could ask anyone to be a guest on Forum for a discussion of faith, who would they be? What is one question you would ask them?

A. Stephen Hawking has joined the new atheists with his recent published book which posits that gravity allowed for the creation of the big bang – indicating that we do not have to look for the what led to the big bang. I would want to ask him how that led him to reject a creator or prime mover, and how gravity could have simply come into existence.

I wish I could download this guys brain. He is remarkable in his ability to talk to anyone about anything!