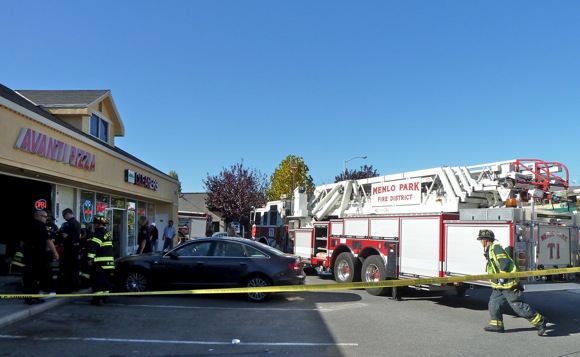 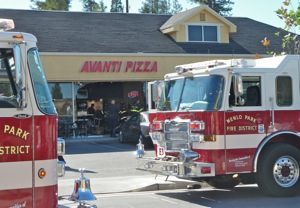 Shortly after 1:30 pm today, a car went through the large glass window of Avanti Pizza on the Alameda in Menlo Park. The crash brought out three fire trucks, including a hook and ladder, from the Menlo Park Fire Protection District – as well as what seemed like the entire  Menlo Park Police Department who were soon assisted by the California Highway Patrol. The black Audi suffered little damage as did its driver. The woman working the counter at the pizza take out restaurant was injured and taken by ambulance to Stanford hospital. The incident happened so quickly that workers from neighboring businesses were unable to explain just why the driver lost control of her car.