Branko Lukic: Designer, author, entrepreneur and “master of the unexpected” 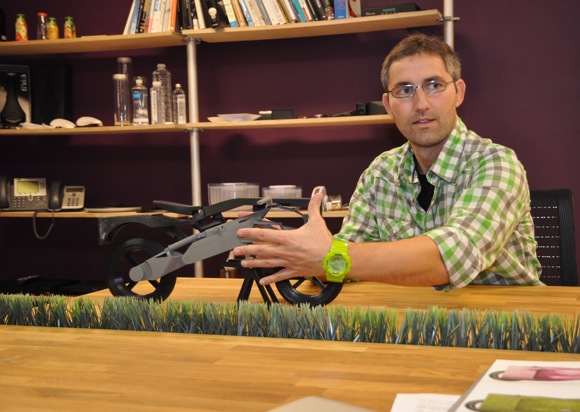 Branko Lukic is passionate about creating positive meaningful surprises. So it’s no shock that the Menlo Park resident has authored a book just brimming with not only surprise but whimsy and originality as well. Think of The NonObject Book, which he co-authored with Barry Katz who supplies the text, as a combination of philosophy, poetry and imaginative mind.

“Nonobject,” Branko explains, “is the space between you and the object. I wanted to push beyond human centered design, to go beyond just making fixes to items that didn’t work. My dream is that this book has appeal to everyone – not just designers.” 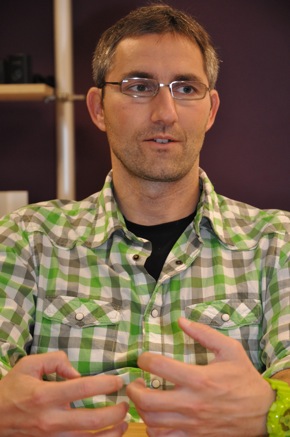 A native of Belgrade, Serbia, Branko moved to Menlo Park in 2001, first living downtown before settling into his current Menlo Oaks neighborhood. “The reason that I stayed in the U.S.  is partly beause I really liked living in Menlo Park,” he says. “And we really love the schools [Laurel and Encinal] that our children attend.”

Before founding his own design firm, NonObject Studio, Branko was a lead industrial designer at frogdesign and IDEO. “Coming from Serbia to frogdesign was a huge cultural jump,” he says. “My English was a bit like Tarzan’s.

“Working at both firms, I was involved in a lot of product design. I began to realize that design needed to be pushed in new, more exciting directions. I felt at times like we were just creating commercial artifacts.”

In The NonObject Book, Branko and Katz, who is an authority on the history and philosophy of design, imagine what would happen if design started not from the object but the from the space between people and the objects they use. “The book is design fiction,” he says. “The objects are so close you think they’re actually real.”

Branko will be talking more about the “nonobject” – the designer’s personal experiment to explore our relation to the observable world – at Kepler’s on Friday, Nov. 19 at 7:00 pm. An iPad app of the book is in development.