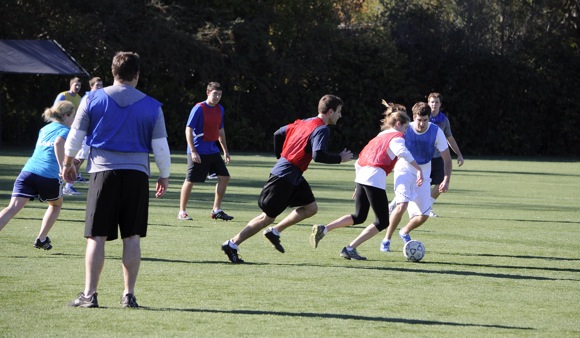 It sort of looked like soccer game – one where the ages ranged from preschooler to soon (if not) retired. Not only were there more than the usual number of players but there appeared to be three teams displaying yellow, blue and red jerseys. It’s the Whelan Family Soccer Game,  an annual Thanksgiving tradition.

“About 20 years ago, our oldest daughter was playing AYSO, and we thought it would be fun to get other families together to get some exercise before stuffing ourselves with turkey,” explained Debbie Whelan, whose husband Gabe was playing goalie at today’s game. 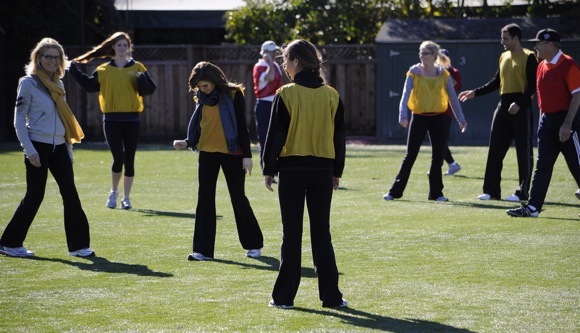 While there are the occasional competitive moment, the game always ends in a tie (no matter what the score!).

About 70 people representing 10 families showed up for this year’s game, including the four original families who’ve participated every year – the Arscotts, Englerts, and McPhersons, along with the Whelans. Debbie was quick to point out that there’s a role for everyone, regardless of age or soccer ability. “We’re big on cheerleaders,” she said. 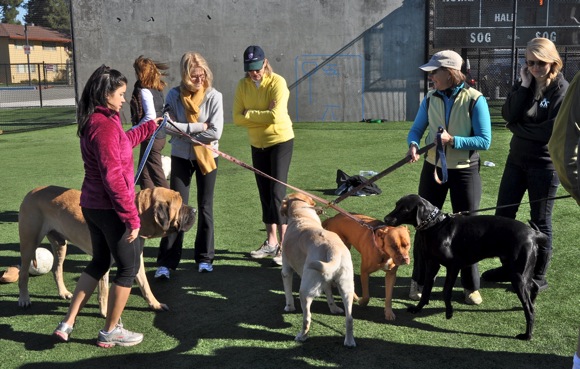 Other long time participants includes the Tights, Williams, Pringles, Livermores and Kirks – and as one cheerleader said, “And maybe others – there are some out of town guests this year, too”

We would be remiss if we didn’t mention how much fun on the sidelines the many dogs were having.