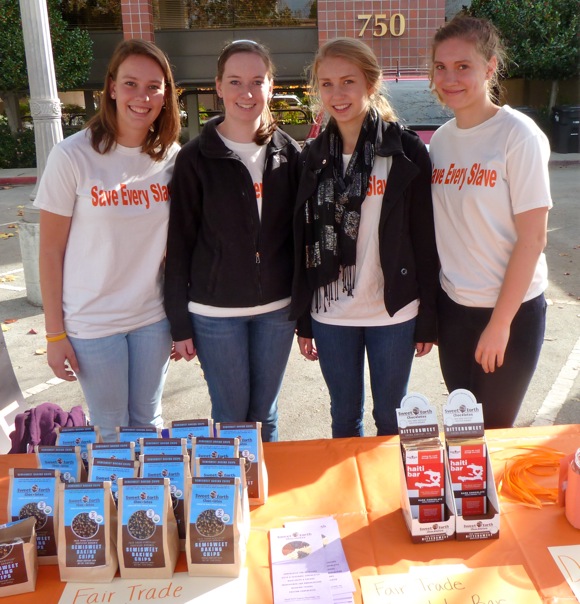 Four Menlo-Atherton students (left to right: Sydney Young, Elizabeth Sherwin, Sarah Collins and Sara Altman) were at the Menlo Park farmers market today selling fair trade chocolate to support their school-based club, Save Every Slave. Begun last year, it’s an effort to mobilize students and the wider community to combat human trafficking, which includes sex trafficking, forced labor and child soldiers. The pamphlet that was at their vendor table said there are 27 million slaves in the world today, even though slavery is illegal everywhere. One action people can take is to buy fair trade goods that are by definition are products made without slavery. The teenagers weren’t sure if they’d be back at the weekly market before Christmas but promised another appearance in February.