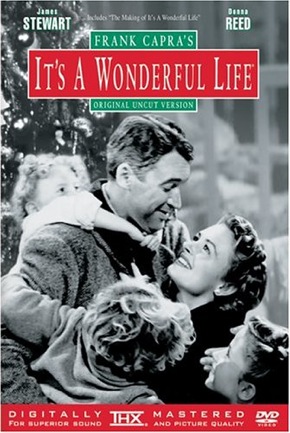 Editor’s note: There are tons of lists of holiday movie fare the whole family can watch but none struck as irreverently right on as these picks by Menlo-Atherton senior Henry Mouat, writing for M-A Bear News. Henry cites his interests as acting, drawing and film making, so remember his selections when he takes Hollywood by storm in a couple of years.

‘Tis the season to watch jolly films! Here is a list of some of the best (and the worst) holiday movie distractions to help you grasp the meaning of “good will towards man.” The worst of these films will earn a Stocking Rating of Bunny Pajamas; the decent films in this list will earn the rating Bowling Ball; the good films shall earn the merit of Red Rider BB Gun; and the very greatest earn the great honor of Leg Lamp (if you don’t understand the significance of these ratings, you deserve nothing but coal in your stocking).

The Nativity Story (2006) Going back to the basics of Christmas stories. Best watched in a barn, surrounded by animals.  Rating: Bunny Pajamas

Miracle on 34th Street (1947, 1994) Not to be confused with Nightmare on Elm Street, this is the story of a regular old man who goes about trying to convince a non-believing little girl (who he does not know) that he is Santa Claus. On second thought, maybe Freddy Krueger IS in this movie after all (he knows when you are sleeping too…)  Rating: Red Rider BB Gun (1947 version); Bowling Ball (1994 version)

Shrek the Halls (2007) If the Final Chapter wasn’t enough, you can add this movie to your laundry list of social depravities. Ho Ho Ho to you.  Rating: Bunny Pajamas

Christmas Story (1983) You could argue that Christmas became a holiday because of this movie.  Rating: Leg Lamp

Nightmare Before Christmas (1993) A holiday movie for everyone who still wishes it was Halloween.  Rating: Red Rider BB Gun

Die Hard (1988) In between those wonderful moments of Bruce Willis massacring terrorists, there is plenty of background holiday music, references to Christmas, and it’s snowing in NYC. Christmas is in the air!  Rating: Red Rider BB Gun

Eight Crazy Nights (2002) Christmas isn’t the only holiday during the season; Hanukkah deserves some credit as well. Unfortunately, Adam Sandler probably isn’t the de facto choice to give it its due credit.  Rating: Bunny Pajamas

Love Actually (2003) Here is romantic comedy that succeeds because it has the compassionate air of Christmas to rest on. That, and the talent of every actor in Britain. Minus Robert Pattinson.  Rating: Red Rider BB Gun

Rudolph the Red Nosed Reindeer (1964) On the one hand, this is a classic we all know and love (or remember to have loved). On the other hand, is a little nostalgia worth the never-ending repetition of children’s songs in your head for the next thirty years?  Rating: Bowling Ball

The Hangover (2009) Honestly, you have no obligation to watch a holiday film just because it’s Christmas. Rating: Red Rider BB Gun