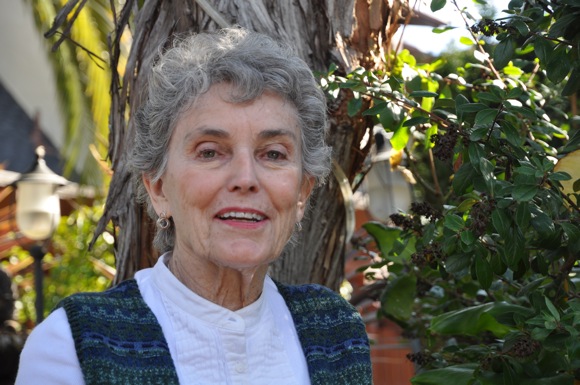 Although always interested in painting, it was Berni Jahnke’s move to Atherton from the Midwest in 1974 that prompted her, as she says, “to start painting in earnest.”

“I didn’t know anyone and joined a newcomer’s group that led me to take some painting classes,” she recalls.

For the past 20 years, the now Menlo Park resident has been associated with Viewpoints Gallery in Los Altos, where her water colors are currently on display through February 26. There will be a reception to met the artist today (2/6) from 2:00 to 5:00 pm. 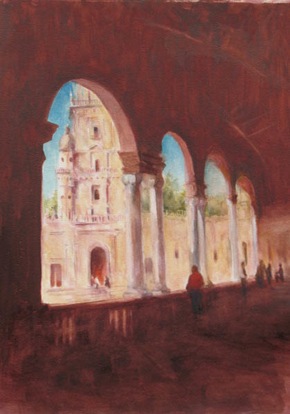 Much of Berni’s work focuses on faces and places. “I traveled with my late husband for many years and use photos we took or that he had taken on earlier travels. One of my daughters was in the Peace Corps in Africa and that’s provided more great subject matter.”

She says she rarely paints the photograph exactly. “I’ll take certain things from one photo and something else from two or three other photos. It’s like putting a puzzle together.”

Berni says her favorite subject is old men’s faces. “I like the lines, the character, the expression. Sometimes I try to imagine what they looked like when they were young.”

She tries to follow a painting routine but admits to getting sidetracked sometimes by her other passion – cooking. She’s grateful that she doesn’t need to earn a living from her efforts. “Most painters paint because they want to,” she says. “I paint because it’s like telling a story. It’s hard to make your living doing that.”

Arches of Seville, original watercolor by Berni Jahnke is courtesy of Viewpoints Gallery