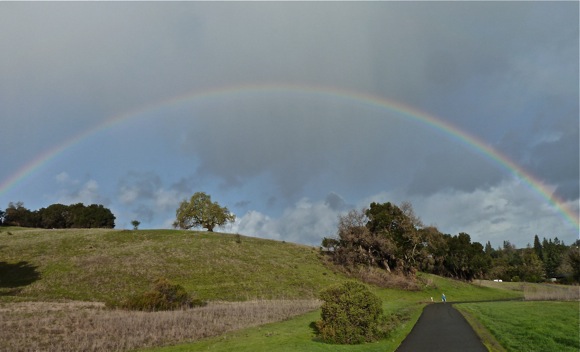 As of 11:30 am, there was .5″ in my gauge from the rain that rolled in last night. That brings my season-to-date total to 10.5″. Last year at this same time the total was 14.3″. Then the season became dry. Coming home from Redwood City about 11:oo am on the Alameda, we were in a hail storm of fierce proportion for 5 plus minutes. But the Menlo Park streets were largely dry. Another example of the variability!

Editor’s note: Spotted a rainbow looking north west from Big Dish area about 9:00 am, looking like it began on one side of Menlo and ended at the other!