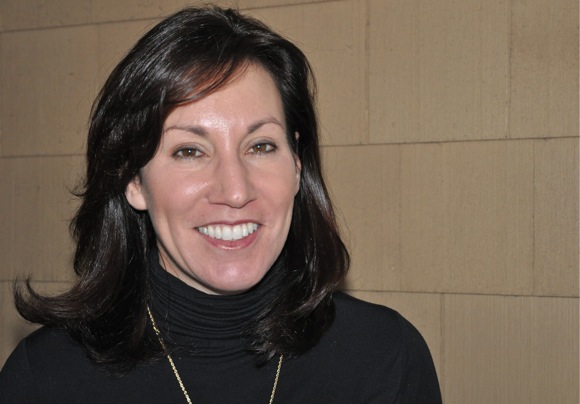 Ice hockey player. Cupcake baker. Creative non-fiction writer. Community volunteer. Connect those disparate interests and you get Shoshanah Cohen, this year’s co-chair of the Menlo Park-Atherton Education Foundation’s annual fundraiser, Rock the Foundation. It’s a job that requires the coordination of hundreds of volunteers, on the scale of a really large wedding. It’s no wonder that Shosh, as she’s known, is taking a break from her professional career, which she’ll resume after the event.

“My background is in manufacturing operations,” says the Harvard Business School grad. “It’s fun to have a giant project. There are a lot of moving parts, but when you’ve pulled it all together, it’s finished. And you feel like you’ve accomplished something really significant.”

This is Shosh’s second year on the MPAEF board. Like many school volunteers she got involved little by little. “At first I started helping with a few small things at Oak Knoll,” she says. “And then people got the idea I could chair projects. Next thing I was asked to be on the Board.

“The Foundation is helping make public education successful. That’s important not just to my family but to the whole community. We want to make sure we don’t have the problems that are occurring in some other places.” 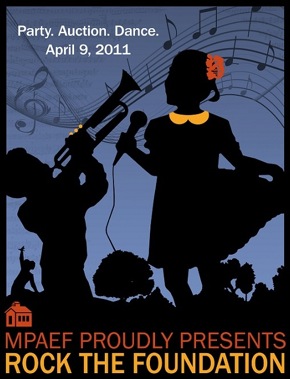 As busy as she is with the date of the fundraiser — April 9 — approaching, she still has time to play ice hockey a couple of times a week, on both a women and a coed team. It’s a sport she picked up while at HBS. The cupcake baking came the summer after her graduation when she went to cooking school. She takes orders, with the proceeds going to MPAEF.

And although she’s written a business book, the creative non-fiction writing is a relativelyl new interest. She’s taking a class at Stanford Continuing Education and thinks the idea for a book is beginning to take shape.

Meanwhile, it’s all energies focused on making this year’s fundraiser a success. The goal is to at least match last year’s attendance record — 800 — and to increase the money raised. Similar to years’ past, the silent auction will feature 250 items, from great wine, sporting events, innovative parties, and exciting getaways. There will also be an opportunity to fund a music teacher for the district.

What Shosh and her committee members don’t want people to lose sight of is that it’s also a great party, this year featuring Bay Area party band, Pride and Joy, which says Shosh, “We chose because they are really great at getting the audience involved.”

Last year about 100 tickets were sold at the door, something Shosh is hoping to head off this year. For planning purposes, she’s urging people to buy tickets, which are on sale now, in advance.

Rock the Foundation is becoming more than one night of fun with a purpose. “I asked someone if they were planning on attending,” says Shosh. “The answer was, ‘of course, [thanks to the subscription evenings and parties] it maps out my whole social schedule for the next year!’ ”

Rock the Foundation will be held this year at the Crowne Plaza Hotel in Palo Alto. Tickets are $150 for VIP (early admission plus other perks), $85 regular admission and $50 for district teachers and staff. More details about the event are available online.

This year’s Rock the Foundation poster was created by volunteer Meagan Carabetta.