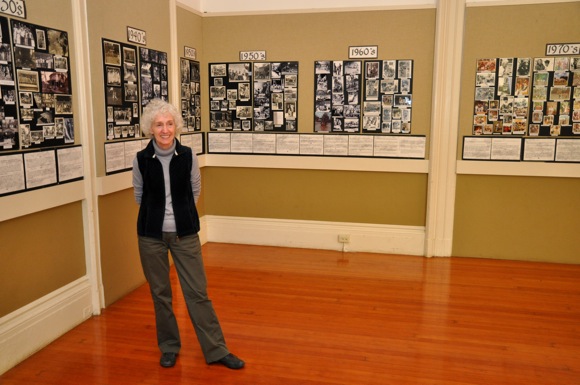 The time was the early 1920s. A group of parents lead by Josephine Duveneck “dreamed of creating a school which would be joyful and exciting for children, free of the drab dullness and restrictions of conventional curriculum.” That dream became reality in 1925 when Peninsula School was founded, taking up residence in the landmark Coleman Mansion in Menlo Park.

Some 80-plus years later, the school remains a beacon of progressive education on the Peninsula. The coeducational school serves about 250 students, nursery through eighth grade. Since its founding, Peninsula’s mission has been “to foster the development of the whole child by promoting creativity, respect, independence, joy of learning, personal responsibility, and self-esteem, as well as academic excellence.”

We recently sat down with Katy Dalgleish, who has been the school’s Director since 2003 to get a better understanding of what is meant by “progressive education.”

“Where people get mixed up about progressive education is the freedom piece,” said Katy. “With freedom comes responsibility. Kids are given freedom but they know they have to be responsible. If they’re not, they lose the freedom.”

Katy explained that progressive schools like Peninsula are very democratically oriented. “Our children learn about democracy in experiential ways. Social and emotional development is as important as the academic. Emotionally, a child figures out who he or she is and what kind of learner they are. The social part is to take your individual self and contribute productively to your peers, creating positive social communities.”

There are numerous myths about progressive education. One is that children run wild and do whatever they please. Another is it’s easier to teach because there is so much freedom. “It’s actually more structured than a teacher-directed classroom,” she said. “To run a progressive education classroom, a teacher has to think about a lot of options — and that’s harder work.”

At Peninsula, it’s not just the students who are learners. So, too, are the parents and teachers. Parent involvement is essential as is a belief in the value and reward of child-directed learning. “Think of it this way,” said Katy. “We have the same hopes and dreams for our children but have a different delivery system. Our kids have such resiliency and inner strength. They know who they are. Because of that, they are able to be successful in any environment.”