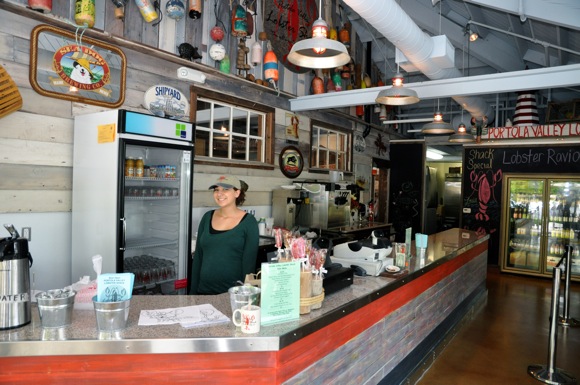 After months of remodeling, the Lobster Shack opened at the Ladera Shopping Center last weekend. Owned by Russell, Lynn, Isaac and Aaron Deutsch, its the second Shack in the Bay Area; the original is located in Redwood City. The big draw on the menu is the lobster roll, a relative rarity on the West Coast,  but there’s a variety of other seafood offerings including beer battered specials, steamed whole lobster, grilled fish, sandwiches and salads. The Lobster Shack opens at 11:00 am seven days a week.