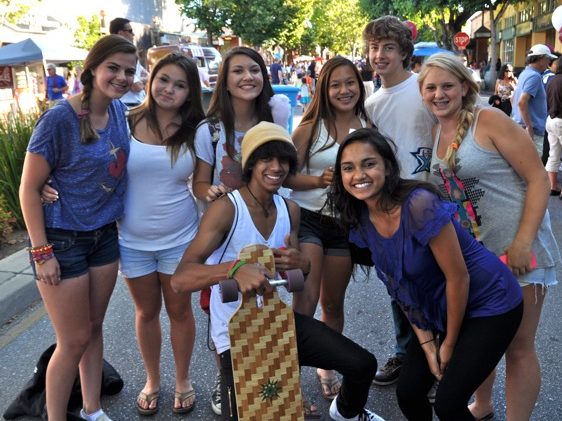 The weather Gods were shining on tonight’s downtown Menlo Park block party. Yesterday’s sweltering heat was replaced by balmy temps, just perfect for strolling up and down Santa Cruz Avenue to sample, taste, listen and learn from the assortment of local merchants and non-profits that lined the street.

This year’s downtown party promised a Bark Parade, which featured more barking than parading. The summer event, which is sponsored by the Menlo Park Chamber of Commerce, has always attracted its share of canines, whether officially parading or not, and this year was no exception. Most were leashed, well behaved, and eager to get a pat on the head from the kiddies.

The new-this-year food trucks were attracting their share of enthusiasts but, as organizers hoped, they did not seem to be detracting from the SCA restaurants who’d set out tables and chairs on the street.

In addition to the bands that lined the street, the first of the season summer concert featuring the Groove Kings was happening at Fremont Park.

Every where we looked there was a photo. In addition to the group of Menlo-Atherton High School teenagers (top), some of our other favorites follow below. From top to bottom, they are: Kara’s Cupcake truck, basset hound waiting for Bark Parade, young girls dancing at Fremont Park, kids posing in a cut out poster, and zumba demonstration provided by Menlo Pilates and Yoga.

Photos of Kara’s Cupcakes, basset hound and kids in cut out by Scott Loftesness. 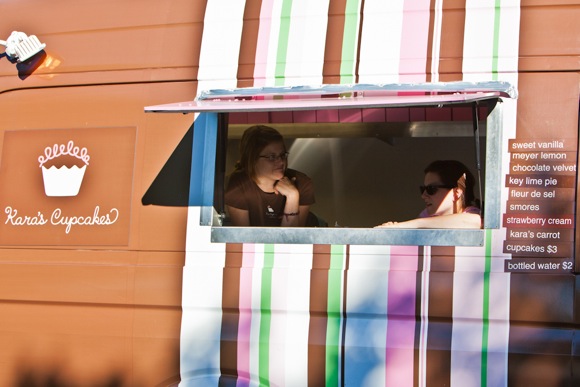 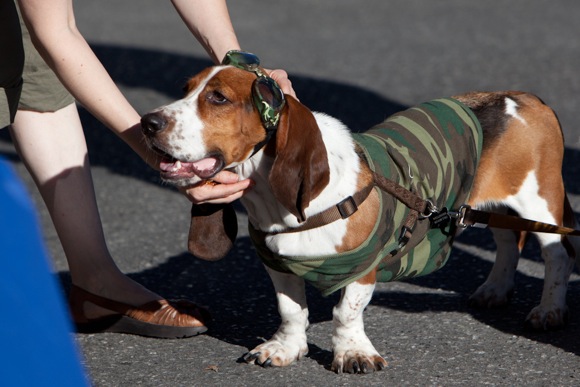 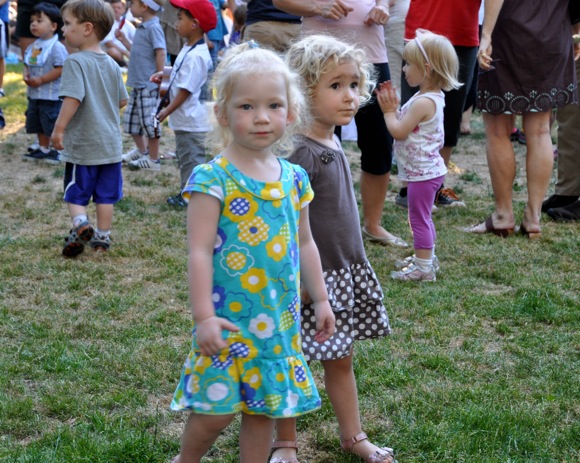 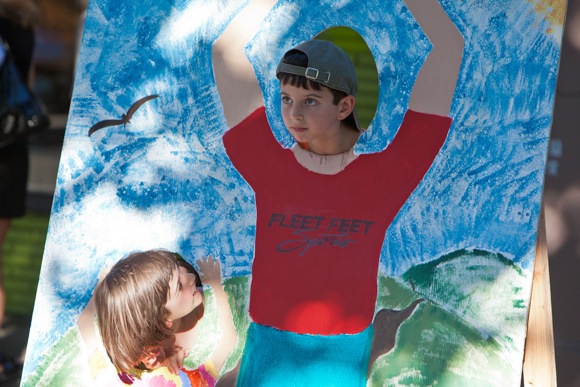 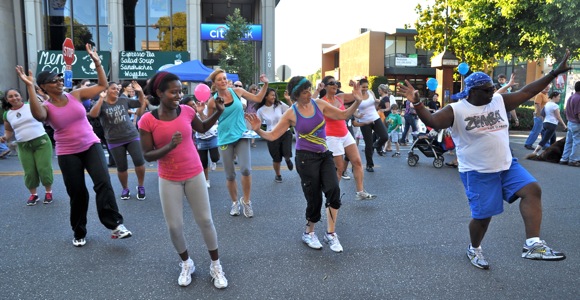