From Fairwinds to Arbor House: The saga of one of Menlo’s most historic homes 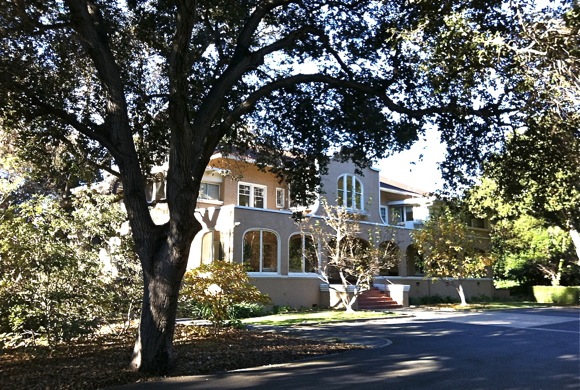 As you transit the narrow winding section of Arbor Drive that runs beside St. 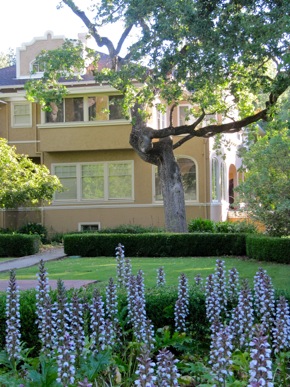 Raymond Church and School, you may notice a large, rather elegant house set back from the road surrounded by a couple acres of lawn. This 16-room three-story house, built 100 years ago (1911) on an 11-acre plot, was first occupied by the Inman family. A two-story carriage house from that same era sits just to the west of the main house.

In 1923 the estate was bought by Mark McCann, a prominent realtor in the area. His daughter, Betty McCann Lawry (1912-1999), grew up in the house and was active at the Menlo Circus Club for about 50 years, beginning at its founding in 1924. The McCanns are thought to have given the estate the name Fairwinds. (The carriage house is pictured below.) 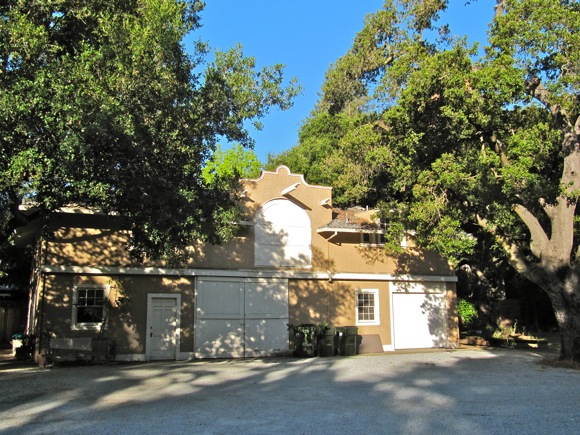 In 1930 the estate was purchased by Felix Signoret McGinnis (1883-1945), a vice-president of the Southern Pacific Railroad. Fairwinds was initially a summer home for the McGinnis family, supplementing their residence in San Francisco. The family was relatively large — four boys and two girls. Felix embellished Fairwinds with a large playhouse (pictured below), and, for one of his daughters who was an aspiring actress, a theater. Both of these structures still exist. He also had a Pullman car and a couple cable cars located on the property, as well as several horses that were pastured along Santa Cruz Avenue.

In 1950, after Felix died, Fairwinds was purchased by the Archdiocese of San Francisco to create a new Parish in Menlo Park with a church and school to supplement the well-established parish at Church of the Nativity on Oak Grove Avenue.  While the school and church were being built, Mass was held in the McGinnis theater. St. Raymond School opened in 1954, and in 1959 the present church on Santa Cruz Avenue was completed. 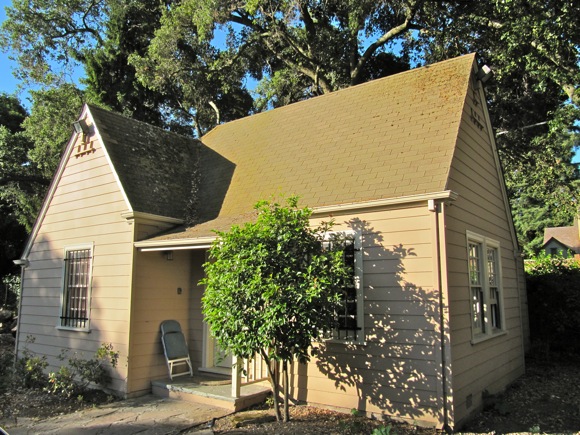 Between 1950 and 1959, the theater was re-purposed by modifying the windows and adding a new L-shaped entrance, among other things. Eventually the playhouse, theater and some surrounding acreage were sold by the Parish to the Church of Latter Day Saints, located next door on Valparaiso Avenue. The area is now used as a parking lot.

The Parish changed the name of Fairwinds to Arbor House, and for many years it was used as a residence for the nuns teaching at the School. However, in the mid-1980s, as a result of a decrease in the number of teaching nuns, the house was refurbished — the only obvious change was the addition of a solarium on the west end of the front porch — and then reopened as the rectory, the home for the Parish priests. Today it remains the rectory and also a venue for Parish meetings.

This is an abridged version of an article being prepared by Jym Clendenin for The Gate Post, a periodical publication of the Menlo Park Historical Association.

Top photo by Jym Clendenin; all other photos by Frances Freyberg.