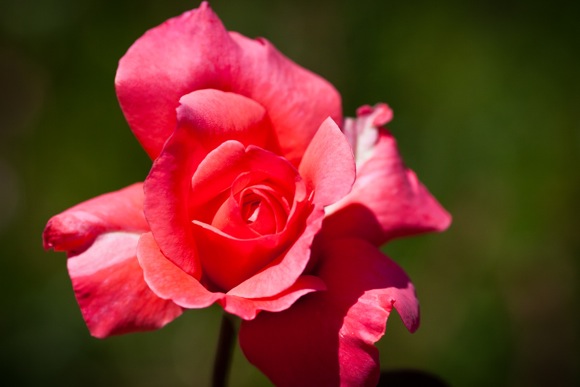 The big rainfall months were: November 2.75″, December 4.55″, February 4.75″, and March, 4.7″ January was surprisingly low at .45″. In fact, the month of June, with not quite an inch, beat January — a highly unusual occurrence. (The San Francisco Chronicle reported it was the first time this has happened since the Gold Rush began in 1849.)

Editor’s note: Many locals have commented that this year’s rain pattern has produced an abundance of flowers and a bumper crop of roses, such as this one photographed by Scott Loftesness in June at the St. Raymond Church garden.