For these M-A grads, bluegrass is the thing 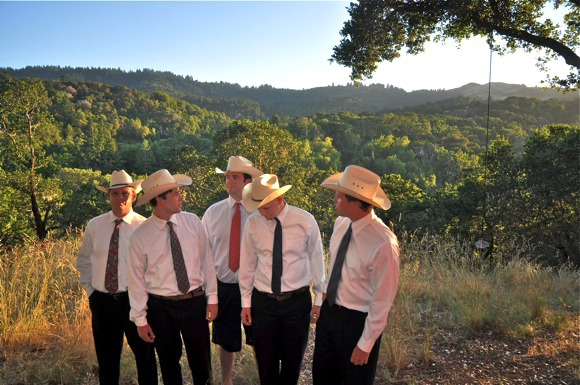 Is it really California? The golden light and oaks say yes — but the sound is bluegrass, not usually associated with the Golden State.

But it’s bluegrass music that three Menlo-Atherton High School graduates are making. Ryan Breen (banjo), Kyle McCabe (bass) and Henry Warde (mandolin) are three-fifths of the band Windy Hill. They’re joined by Johnny Campbell on fiddle and newest member Thomas Wille on guitar. They can be heard Friday, July 15, at Plough & Stars in San Francisco and again on Monday, July 18 at Amnesia, also in the City, where they play the third Monday of every month. Their first album Let’s Go to the Fair is at CD Baby.

The three M-A grads didn’t play together in high school but music was a big topic of discussion. “Henry and I used to to sit in our wood shop class and talk about live music,” recalls Ryan. “We were into experimental rock and jam bands like the Grateful Dead and String Cheese Incident.”

Ryan and Henry drifted into bluegrass in Fort Collins, CO. Returning to the Peninsula in 2009, they enlisted their friend Kyle into forming Windy Hill, a fitting name given that the two barren hills can be seen from Ryan’s backyard.

“Playing bluegrass is like learning an instrument,” says Ryan. “It takes a while to get comfortable with what you’re doing. You gain a little ground and then mellow out.”

Adds Kyle: “Bluegrass is a live thing. There’s too much over-produced crap out there. With bluegrass, there’s something real.” 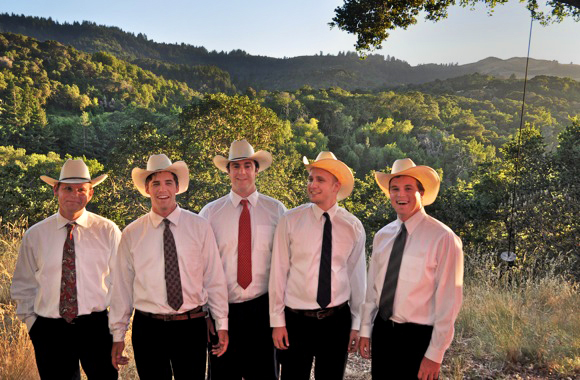 Of the five members, Johnny brings traditional bluegrass credentials. “My Dad is from Kentucky and my grandfather is from Tennessee,” he says. “Like many Southerners, my Dad moved north to Michigan to be part of the auto industry, so the area around Detroit became a hotbed of bluegrass. My brother Jimmy is also a famous fiddler.”

“I would argue that interest in bluegrass is not broad based,” says Thomas. “It’s a niche market – even in the South.”

So why bluegrass for three California-raised lads? Explains Ryan: “Rappers want people to hear their latest rhymes, to hear the sweet beat they make. We just want to play bluegrass music. That’s what we do.”

The band hopes to tour and, maybe one day, get to Nashville.

“To me, Nashville is this foreign land where all of these great bluegrass bands have played,” says Ryan.

“It’s where you go to get humbled,” adds Kyle.

For now the band continue to live out its motto: “Hammer down and get it nailed!”