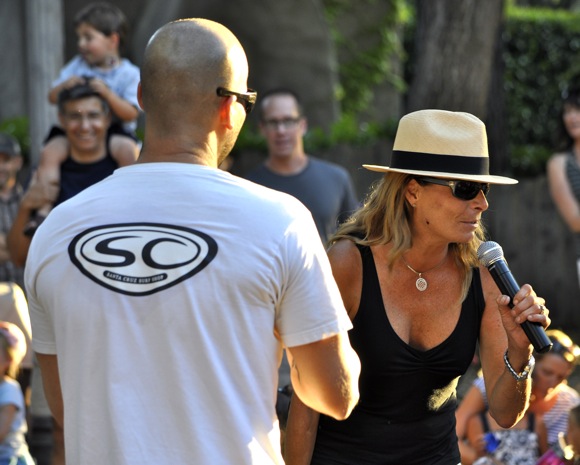 Early in their show tonight (7/20) at Fremont Park, the Bell Brothers were joined by a young girl in a black tutu playing the tambourine. Next  “Menlo Park’s only harmonica playing anesthesiologist” took the stage. And late in the set, while playing Sweet Home Alabama, they reached out into the audience for a guest vocalist. A woman in fetching hat and black tank top appeared — and she get belt it! Scott Bell (pictured with the guest vocalist) is himself a Menlo Park resident.