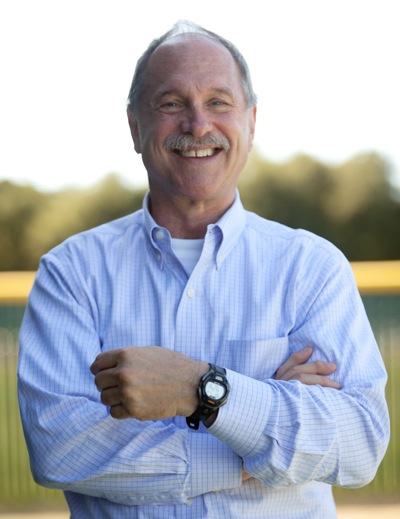 Editor’s note: Some people land in Menlo Park and Atherton because they went to Stanford, joined a company, marry a spouse, like the climate. Others grow up here and become successful, gain fame, and/or fortune elsewhere. This is the first in our Where Are They Now? series that will highlight these individuals from time to time. Know someone who fits the criteria? Please send your suggestions to tips@inmenlo.com.

Michael Rosenberg, MD, MPH, is a graduate of Encinal (it was once a K-8) and Menlo-Atherton High School. In 1989, he combined his medical and business knowledge to found Health Decisions, where he’s currently CEO. The privately-held, clinical research company has been recognized for its excellence in technology, entrepreneurship and growth, including being named to the Inc. 500 three times. A graduate of UC Berkeley (undergraduate) and UC Davis (medical school) and Harvard University (Master of Public Health), Michael started his career at the Centers for Disease Control “chasing reproductive bugs,” as he says, before joining the reproductive epidemiology division of Family Health International. He also practiced emergency medicine at the University of North Carolina, Chapel Hill, and has authored more than 200 scientific articles. We sat down with him during one of his frequent visits to the Peninsula to see clients and visit with family.

InMenlo: What led you to medicine?

Michael: I was always interested in science and somewhat in medicine because my father was a doctor. I didn’t think he was real doctor, though, because his field was psychiatry, and I thought you needed to lay hands on people to cure them. From the beginning, I was drawn to research more than clinical medicine.

InMenlo: While it’s not unusual for MDs to found companies, it’s not routine either. What led you to start Health Decisions?

Michael: Business is kind of boring and medicine is kind of boring [he said smiling]. The thing that got me interested in starting a business is efficiency. At the CDC I started working with drug companies, and I realized there was an opportunity to use technology to make drug development more efficient.

At the beginning it was the proverbial start-in-your-basement model, with myself and two UNC grad students. We’ve grown to where we operate worldwide.

InMenlo: How are your drug development processes different than other companies that offer similar services?

Michael: The main thing we’ve done is apply technology. The definition of efficiency is reducing the time line and costs of developing drugs by 25 to 40%. We got one breast cancer drug to market a year ahead of schedule. That’s significant.

I believe if our model was more broadly applied, ultimately the cost of drugs to consumer would decline. It gives companies that develop drugs the ability to make decisions earlier and reduce the risk of failure. Big Pharma charges a lot for drugs when they come to market because there are a lot of failures.

InMenlo: Do you consider what you set out to do a success?

Michael: In many ways, yes. The mark of success for me is changing the way the industry works. I would still like to see the industry move faster, but we are seeing more companies adopting our methodology. The kinds of things we advocated a decade or so ago, Big Pharma is doing today.

InMenlo: Is your methodology adaptable to other industries?

Michael: Yes, the basic premise is being able to make mid-course corrections, based on up-to-the minute knowledge of key parameters. This is the idea of Bayes’ theorem, which has been used in many areas. Bayes’ says you know something, you learn something new, and you update your current knowledge. With pharma, when you’re halfway through, you have a pretty good idea of success. Bayes’ theorem is the mathematical expression of what some call common sense.