Lynn and Russell Deutsch: Bringing a taste of New England to Ladera 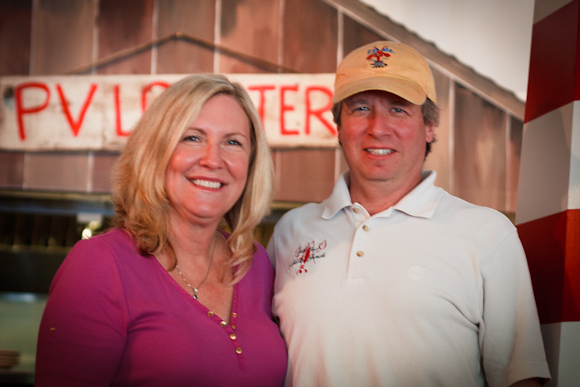 When we met Lynn and Russell Deutsch at their new Lobster Shack restaurant located at Ladera Country Shopper, they were excited and relieved. They’d just gotten the news that their beverage license had been approved, and they could start serving wine and beer. And while they’ll feature wines from local vintners like Thomas Fogarty, the beer, like the lobster, will have a New England bent.

“We’re going to have six beers on draft that are from Maine,” said Russell. “Four will be from Shipyard Brewing and two from Allagash.”

It was a meeting on airplane that transported Boston-based lobster exporter Russell to the West Coast. A buddy of his sat next to Lynn on a transcontinental flight and pronounced he’d found Russell a wife. Indeed he had; they married and have two young children. 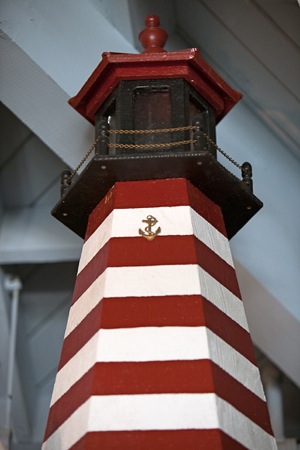 The Portola Valley Lobster Shack is their second restaurant. Old Port Lobster Shack opened in Redwood City on Valentines day in 2006. “The new location will be more convenient for many of our customers,” Russell said.

The couple has also ventured into the food truck business with the ShackMobile, which makes a weekly appearance at Edgewood Eats on Monday nights. They’ll also be participating in Peninsula Eats at the Hiller Aviation Museum.

According to Russell, about 50% of their patrons come for the Lobster Rolls, but the restaurant offers a variety of seafood, chowders, and will soon be adding pulled pork and mac ‘n cheese as well barbecue items prepared in their own BBQ pit at their catering kitchen.

Like their first restaurant, the new Lobster Shack features a lot of New England style fixtures to give it an authentic feel. Surveying the gleaming, new space, Russell observed: “We’ll need to shack this place up a bit to give it an even better New England feel.”

The Lobster Shack is open daily starting at 11:00 am.