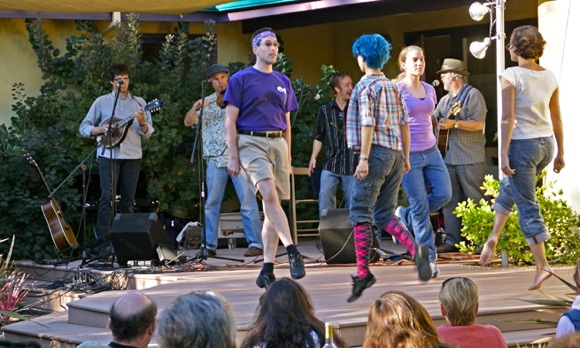 As with all Blue Rock House concerts, it’s important to reserve in advance. Gwen welcomes people to picnic starting at 5:00 pm; the band plays from 6:00 to 7:45 pm. Emails Gwen: “The guest list is divided between multiple music and social groups, my personal friends, my gracious neighbors, and the band’s fans. There will be lots of great folks to mingle with. The venue’s capacity is about 100 people.”

Tickets are $25. No smoking but responsible consumption of alcohol is acceptable.