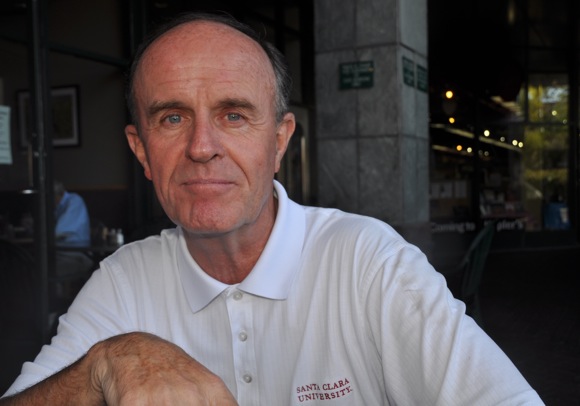 For whatever reason, Menlo Park resident Charles Schmuck just can’t shake teenagers. Decades ago, he started his working life as a high school teacher and after a 30-year career in magazine advertising sales, he’s back teaching high school. But it’s his work with the Peninsula College Fund (PCF), which he founded in 2005, that’s shining the spotlight on him, even as he protests it should be shined elsewhere.

“I got a lovely letter from a local politician talking about all the good work I’m going,” he says. “It was all about me, but this isn’t about me. It’s about the crisis this country faces in terms of educating minority students and how that translates locally.”

PCF is modeled on a similar program, South Central Scholars, founded by Charles’ brother in Los Angeles. Charles was mentoring one of its scholarship recipients who was attending Cal when a  friend suggested “why not start a similar program in the Bay Area.”

“My brother’s program has served over 500 kids, and we’re on our way, having awarded 67 scholarships since we started,” he says. “My dream is that some day we’ll have a guest speaker at one of our award programs who’s a former recipient who wants to give the money back, he or she is successful and feels so connected to PCF.”

Charles stresses that PCF is much more than a scholarship program. “It’s more than the money,” he says. “It’s also the mentoring, the training, and the help finding summer jobs. It’s not a perfect formula  but it has proven successful.”

For Peninsula College Fund to grow, the organization needs to raise more money. “Over 170 kids applied in the last two years, so a lot of qualified kids didn’t get scholarships.

“There are so many good causes out there today — we know that. The benefit of getting involved with PCF is that you can see the tangible results of your time and money. You can meet the kids and see what your contribution is doing to help them achieve their goals.”

The Peninsula College Fund currently awards scholarships to students attending six local schools — East Palo Alto Academy, East Side Prep,  Menlo-Atherton High School, Sequoia High School, Summit Prep, and Woodside High School. Information about award recipients, how to apply for a scholarship, and how to get involved as a donor or volunteer is available on the organization’s website.