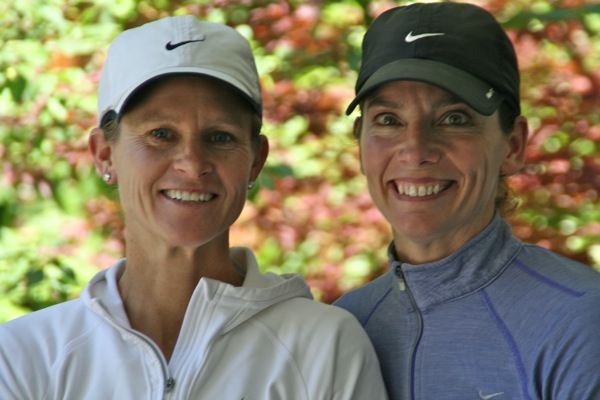 We last checked in with Kids 4 Sports co-founders Katie Ferguson (left) and Sally Osterberg a year ago. Not surprisingly given the energy of the two Menlo Park moms, there’s been a lot of progress since they staged their first fundraising run last summer.

At the moment they’re focused on their second fundraising run, which is scheduled for Sunday, August 28 at 8:30 am, with the route starting and ending at Oak Knoll School. They’ve found that while the gently-used sports equipment they collect remains important, it’s funding for after school sports programs that’s critical, hence the importance of the run’s success.

The co-founders have also expanded their fundraising initiatives. “We’re currently training a group of 24 women for the San Jose Rock ‘n’ Roll half marathon on October 2,” said Sally. “We call it Run and Raise. We train with them three days a week and have given each participant a seven-day-a-week training schedule.”

As the two look to the future, they want to explore ways to link west Menlo kids with kids across 101 through community service. “Another goal is for Sally and I to get more connected with the kids ourselves,” said Katie. “We’re planning a big pep rally to kick off the volleyball season — and hopefully get some of them to participate in the Fun Run.”

Registration for the Kids 4 Sports Fun Run on August 28 is available online.