Walking at Burgess Park to raise awareness about slavery today 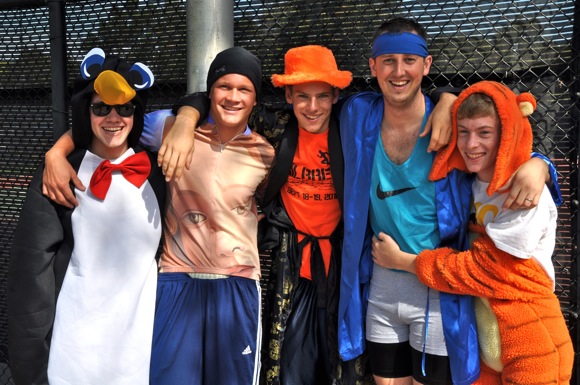 The Freedom Walk being held today through 2:00 pm at Burgess Park attracted human walkers of all ages – and a fair number of canine participants as well. 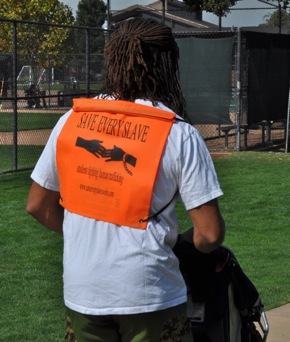 Organized by the Menlo-Atherton High School Save Every Slave club in partnership with the Bay Area Anti-Trafficking Coalition, the goal of the walk is to raise awareness about the 27 million slaves currently in the world today, a figure larger than at the height of the Trans-Atlantic slave trade. Club co-founder Sydney Young said she was hopeful to have 100 participants, most of whom would be walking 27 laps around a portion of the Park.

Some walkers were organized as teams, such as Second City Curry Popcorn (pictured), a group of M-A juniors who are active in MPPC’s high school ministry. Other walked alone, pushing baby carriages or accompanied by a dog. For each lap around, walkers were given a bead to add to a bracelet.

Various fair trade items were available for sale at the event, and free lunch for participants was donated by Lutticken’s Deli.