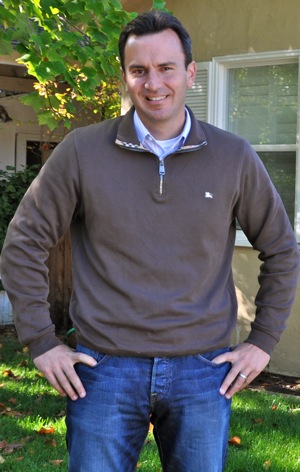 “The goal is to keep it the residential street it is,” he said.

Like other neighborhood associations in the area, he’s interested in keeping SCA residents posted about news that affects them, such as construction progress at Hillview School. He’s also an advocate of Neighborhood Watch programs, knowing first hand how he felt when a power generator was stolen from his home. 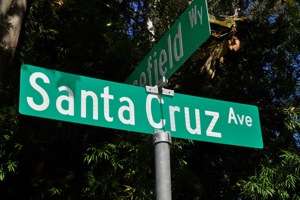 “Santa Cruz Ave. is a long street without an obvious anchor,” he said. “And while speed and traffic are the biggest issues, it is important to know your neighbors and be on the look out for each other. Because of the construction of both Hillview and many remodeling projects, there’s a lot going on, which means SCA can be an easy crime target.”

Ray has walked from door to door telling SCA homeowners about the new association and already has about 45 members. “We all want Santa Cruz to be more than just an artery that runs though Menlo Park,” he said.

Note for history buffs: According to a member of the Menlo Park Historical Association, the name “Santa Cruz” is a carryover from its earliest days as a dirt “turnpike” in the 1800s. When the dirt turned to pavement the “turnpike” became “avenue.”