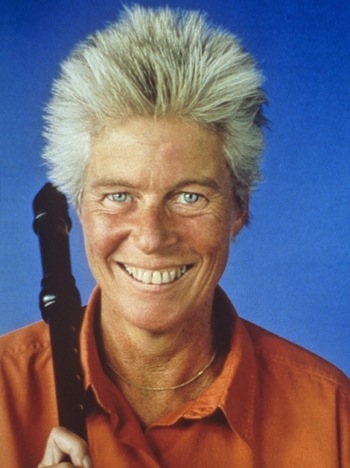 Dutch recorder virtuoso Marion Verbruggen will be the featured performer at the Phiharmonica Baroque concert at the Menlo-Atherton Center for Performing Arts Thursday, Nov. 17 at 8:00 pm, which will be conducted by Italian Baroque specialist Ottavio Dantone.

The San Jose Mercury News praised Ms. Verbruggen’s “astonishing virtuosity and nuance” during her previous appearance with Philharmonia Baroque in November 2007. Famed for her high-spirited, charismatic and technically dazzling performances, she has earned an international reputation as the leading exponent of her instrument.

Ottavio Dantone is musical director of the Accademia Bizantina Orchestra in Ravenna, Italy. Winner of two of the most prestigious harpsichord competitions in the world – the International Competition of Paris (1985) and the International Competition of Bruges (1986) – Dantone was trained in organ and harpsichord at the Verdi Conservatory in Milan. In his Philharmonia Baroque debut, he will lead
the orchestra in works by Vivaldi, Scarlatti, Corelli, Gregori, Gemigniani and Sammartini – all important
composers of the Italian Baroque period.