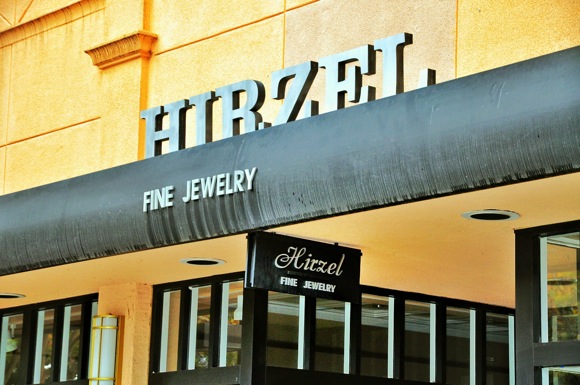 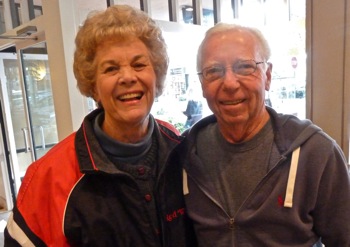 Among them were Elisabeth and Rich Pierce. “I moved to Menlo Park in 1945, and my dad knew George Hirzel,” said Rich, who graduated from Menlo-Atherton High School in 1956. “When I was a kid, George designed a collar for my dog.”

It was natural then, that he bought Elisabeth her engagement ring and wedding band from Hirzel’s and purchased larger diamond rings over the years for her to wear.  Last weekend, they picked out a cross pendant. “It may not be our last purchase,” said Elisabeth. “We’ll be back before it closes.”

George Hirzel opened his jewelry store on Santa Cruz Ave. in the space now occupied by Bubbles children’s store. He ran it for 42 years, selling it to his employee Carl Weimer and wife Shana Todd when he retired in 1993. They moved the store to adjacent, larger space at 730 Santa Cruz in June, 2007. 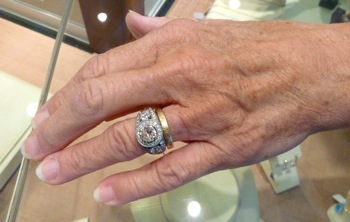 “Over the years, you have generously allowed us to serve your fine jewelry needs,” they wrote  in a letter to their customers. “We have sincerely enjoyed working with each and every one of you, and we’re grateful for the many wonderful friendships that have evolved.

“We now realize it’s time — time to focus on the next chapter in our lives. After much thought and consideration, we have decided to close the doors of Hirzel Fine Jewelry.”

The store will probably close around the end of the year. Following a “private sale” to long time customers that started on Nov. 16, a going out of business sale was announced to the public on Tuesday, Nov. 22, in an ad in the Almanac News.