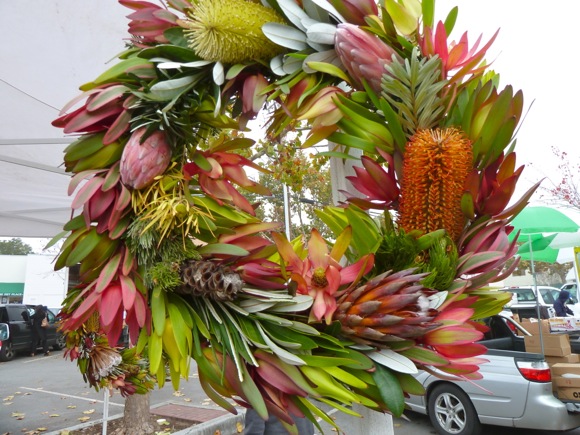 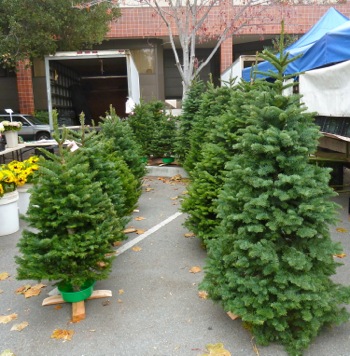 There was a seasonal shift at the Sunday farmers market in downtown Menlo Park today, with a wet, valley fog adding to the mood change. True, Tony Cozzolino was still selling that symbol of Fall — sunflowers — but he’d added a grove of Christmas trees to his other botanicals.

Down the way, Michael Astone had fashioned wreaths from the proteas and other exotic plants he grows  in Aptos. These “dry farmed” flowers hail from South Africa and Australia and are only watered the first two summers after planting. They’re grown on sandy soil hillsides that drain water.

At the Olivas de Oro stand, Nick Menacho was featuring his family’s olive oil wrapped up in ribbon. “We’re selling samplers of six favorites and will probably have three packs in the next week or so,” he said. 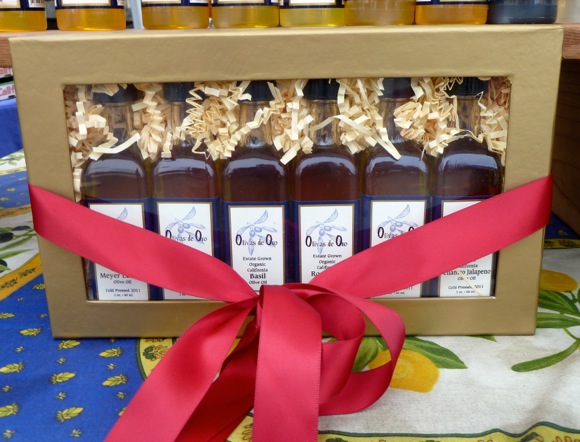