Marcus Cootsona: Making it simpler to play smarter tennis, on the court and now in a book 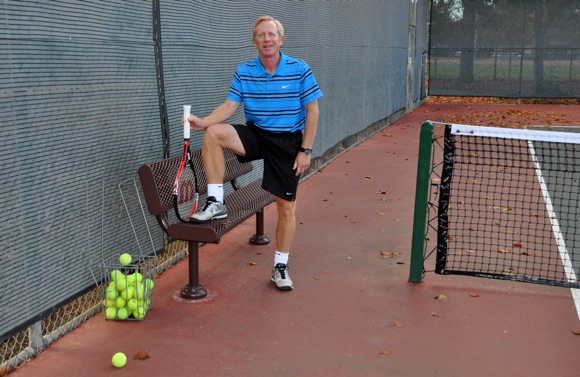 Meeting Marcus Cootsona at the Nealon Park tennis courts was an obvious choice. Not only is the park close to his Menlo Park home, it was there he learned to play tennis. “I played tournament tennis from 8 to 18, but I found I didn’t enjoy competing as much as I enjoyed teaching,” he says.

And that’s what he’s been doing his adult life, with a short segue along the way to write some plays and rewrite screenplays. He’s also owned the Top Spin retail store on the Alameda with his brother and parents. “Everyone who gets into retail gets fatigued,” he says. 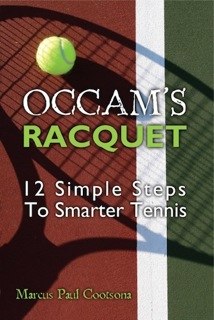 He’s now combined his writing skills and what he’s learned about tennis into “think outside the court” book called Occam’s Racquet. “The book has been percolating a long time and represents what I’ve observed on the court my entire teaching career,” he says. “I’ve seen what people bring to court whether they’re just starting out or trying to improve their game. I kept thinking, ‘there has to be a simpler way to learn, to set people up mentally and physically for success’. The book brings it all together.”

The book’s title is a play on words, drawing from the principle attributed to a 14th-century English logician, theologian, and Franciscan friar Father William of Ockham. According to Wikipedia, the principle is often summarized as “simpler explanations are, other things being equal, generally better than more complex ones.”

“Taking a simpler approach, meeting my students where they are, working with their physical abilities, and making them the best they can be as individual talents — I think that’s been my appeal as a teacher,” he says.

“The entire thread of my life has been playing and teaching tennis. I need the game psychologically and physically. The puzzle addressed when I teach and in the book is how people can make their game better, whatever their skill set is.

“What’s fantastic about the book is that every word is exactly what I wanted to say. It’s been fun putting it together.”