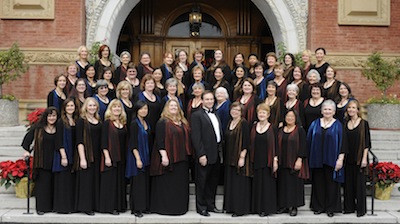 The Peninsula Women’s Chorus celebrates the sounds of the season and the group’s 45th anniversary at a concert on Sunday, Dec. 18 at 4:00 pm at St. Patrick’s Seminary in Menlo Park.

Programs highlights include Ave Maria by Franz Biebl, In Terra Pax by Marek Jasinski and Gloria Kajoniesnsis by Levente Gyöngyösi as well as music that shaped the history of the chorus. Also featured are works by Francis Poulenc, Agneta Sköld’s Gloria, music from the Iberian Peninsula, and festive holiday songs. Visit the organization’s website for more information.