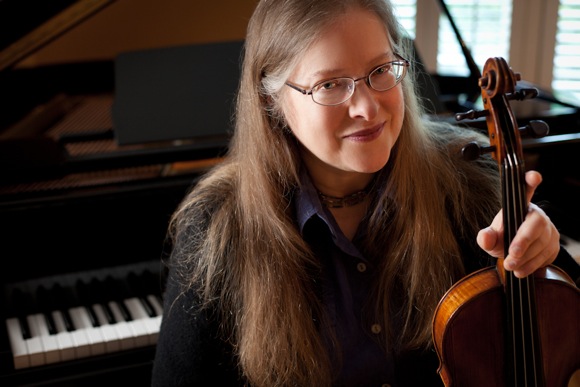 When Hélène Wickett takes the stage as solo pianist for Symphony Parnassus at the Menlo-Atherton Performing Arts Center on Sunday (1/22), she’ll be coming home. She was raised in Atherton, attended Hillview School, and got her musical start taking lessons from local teacher Avis Aasen-Hull.

“My mother adored music,” she says. “She’s Viennese — it’s very much part of the Austrian culture. There was music in our house all the time.

“In an ideal world, my mother would have had 10 sons, all who became classical musicians. Instead she got one daughter, so I got all that collective energy. I received the musical education she wanted as a child, for which I’m extremely grateful.” 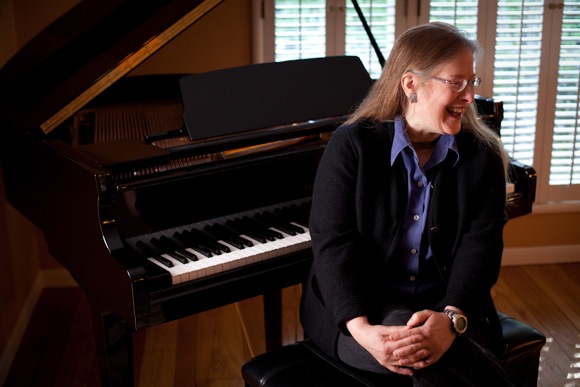 For the past three decades Hélène has toured as a solo concert pianist. She’ll be showcasing her talents on Sunday performing Gabriel Faure’s Ballade for Piano and Orchestra and Maurice Ravel’s Concerto for the Left Hand. Then as principal violist, she’ll take a seat in the orchestra and lead the viola section in Claude Debussy’s Images for Orchestra No. 2 “Iberia”.

“After all those years on the road, I’m staying more Bay Area-based nowadays,” she says. “It’s allowing me to teach both piano and violin. After Parnasus Musical Director Stephen Paulson heard me play viola as part of a string quartet I was performing with, he told me that the orchestra was looking for a principal violist.

“I was positive but non-committal. Then he called and said, ‘Next Monday is rehearsal.’ It turned out quite well. I’m playing with a wonderful group of people.”

Hélène admits that playing both piano and string is a little unusual. “Years ago, I put my violin into a case and I didn’t play for a long time,” she says. “I always thought I’d bring it back in mid-life, and I did. The childhood muscle memory is an incredibly powerful thing.”

When not putting in the hours of practice leading up to a performance, Hélène might be found volunteering at trap neuter release surgery days for various feral cat community organizations in the Bay Area. “The volunteers do pre- and post-op care and sometimes assist in surgery for feral cats trapped and brought in by other volunteers,” she says.  “It’s interesting work, and there are a lot of good people involved.”

The Symphony Parnassus concert Viva la France! starts at 3:00 pm on Sunday, Jan. 22 at MAPAC. Tickets, ranging in price from $15 to $22, are available online.