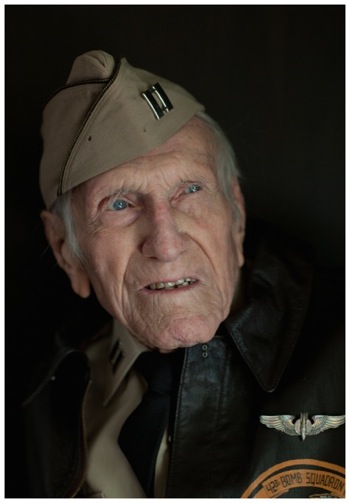 With an extraordinary life story as told in the bestseller Unbroken by Laura Hillenbrand, 94-year old Louis Zamperini will speak at Menlo Park Presbyterian Church at its weekend services on January 21 and 22. Senior Pastor John Ortberg is teaching throughout January on lessons to learn from a raft, from prison, and, on the 21st and 22nd, from Louis Zamperini himself.

“Louis’ life and faith story is so incredible,” said Ortberg, “that we gave away more than 5,000 copies of Unbroken and Louis’ autobiography to everyone who attended our Christmas Eve services.”

The themes from Zamperini’s fascinating life that the church will explore includes questions of one-sided forgiveness, finding hope in desperate circumstances, and how sometimes our deepest struggles are those from within us.

Zamperini was raised in Southern California and had a wild childhood. He channeled that energy into athletics as a young man and became a world-class runner and ultimately participated in the 1936 Olympics for the United States, where he met Adolf Hitler.

During World War II he served as a bombardier and following a plane crash he survived on a raft in the Pacific Ocean for 47 days. He was rescued, only to be picked up by an enemy ship and spent the next two years in a brutal prisoner of war camp in Japan. Later, upon his return to the United States, Zamperini struggled with inner turmoil until he found faith at a Billy Graham tent meeting.