Steady drizzle in Menlo, tear drops for the 49ers 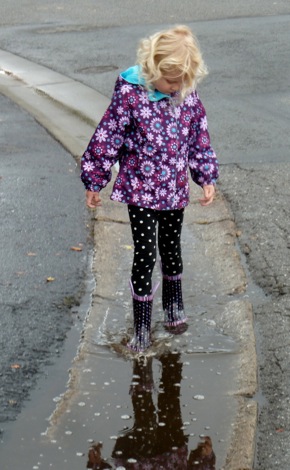 Suffice to say it was a football-centric Sunday, but InMenlo weather watcher Bill Russ ambled outside during half time of the Patriots/Ravens game and spotted another .1″ in his rainfall gauge, bring the season-to-date total to a still measly 3.9″ (compared to 9.6″ a year ago). There was a break in the steady drizzle between the two championship games, prompting some Menlo Park residents to venture out to “taste” the puddles. Three hours later, the 49ers were left with rain on their parade.