Lisa Hendrickson: Guiding services for area seniors and their caregivers 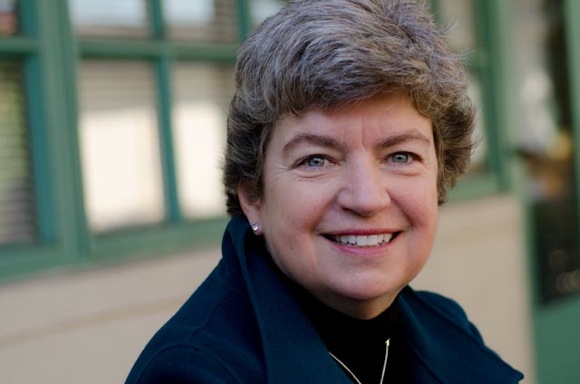 After a career in financial services, Menlo Park resident Lisa Hendrickson decided to become a stay-at-home Mom while her two sons were in middle school. Then, one night when they were in high school, they announced over dinner: “Mom, can you go back to work? We’d like you to manage other people for awhile.”

Not long after that discussion, Lisa took the helm of Avenidas, a non-profit that offers a variety of services to support seniors and their caregivers. “I had the luxury of thinking about what I really wanted to do,” she said. “I’d been very active with the Menlo Park Atherton Education Foundation and learned a lot about fundraising and non-profits. I became President and CEO of Avenidas in 1989.”

Though it is housed in what was Palo Alto’s original fire and police station — a Birge Clark-designed building constructed in 1926 — Avenidas serves more than just Palo Alto residents, offering its programs to people living in the surrounding communities, including Menlo Park.

“Aging issues affect everyone,” Lisa said. “The first point of entry to Avenidas’ services is often the caregiver of an older adult. Indeed, it’s our case management services that differentiate us. Then, the person who came in seeking information about elder care may decide to take a Pilates or yoga class.

“Because people are wary about coming to a ‘senior center,’ we have to constantly innovate and review the comprehensive services we provide.”

These innovations include the Saturday conferences Avenidas has been holding. The organization’s first financial conference is planned for Saturday, Jan. 28., and will feature a variety of speakers talking about investing, taxes, sharing financial control, and Medicare/Social Security. All conferences are open to Avenidas members and non-members alike.

For those older adults intent on “aging in place,” the non-profit began a program called Avenidas Village, which provides, among other things, 24/7 support for one yearly membership fee.

“Our Village was the first on the West Coast,” said Lisa. “Members get easy access to a wide variety of services and a person to talk to on the phone whenever they want.”

“Another big element is social. Oftentimes aging in place can be isolating. But through the Village, members meet each other and plan activities. Everything is very driven by the members themselves.”

Lisa sees new challenges ahead as the senior population grows and the expectations of younger seniors continue to change. “We’ve adopted a new tag line to reflect some of that,” she said. “Resources and programs for positive aging. Tag lines are always difficult but we’re hoping that it conveys why we are here.”