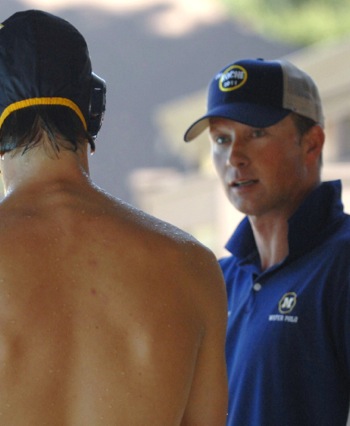 The award recognizes 20 coaches nationwide whose goals are twofold: striving to win and more importantly, teaching life lessons through sports.

“I am very excited about it — this award reflects what’s important to me as a coach and an educator,” he said.

Bowen was the lone water polo coach among the 50 finalists who were chosen from nearly 250 nominations. Menlo School head football coach and history teacher Mark Newton was a PCA double-goal coach winner in 2010.

Bowen and the Menlo School boys’ water polo team hold a longstanding message to Be Your Best.

“It’s not to ‘Be the Best’, but ‘Be your Best’. This puts everyone on the same page from the All-American to the student who just came out for varsity for the first time,” Bowen explained. “It’s teaching us all to take complete ownership of our goals. It achieves so much more than a results-only approach.”