Can you help locate a “missing” Rolls Royce? 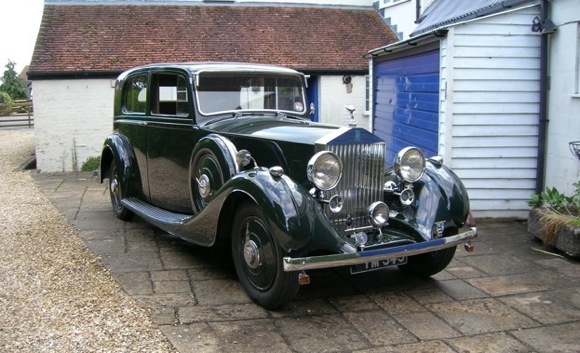 Editor’s note: We are often surprised that InMenlo’s reach extends not only beyond our community but well beyond California and the U.S. Yes, “search” is a powerful tool. This inquiry comes from a man who lives in the U.K. and, having every reason to believe it’s genuine, we are posting it just in case someone locally can be of assistance in the man’s search for a “missing” Rolls Royce.

“I am trying to locate a very rare Rolls-Royce car, which I know to have been owned in 1965, and possibly for many years afterwards, by one Maxy Thomas Miller who resided on Cambridge Avenue in Menlo Park. The car was built in 1938 and was one of only four made to that design, of which the other three survive – one in Canada and the two others in the United Kingdom. I am the owner of one of these.

“Could you tell me if Mr Miller is still alive (he may be about 94), or, if not, whether his family members still live in the district and how I might go about tracing them? My objective is to establish what happened to the car and, ultimately, to determine if it still exists and where.

“I hope this might find some historical interest for Menlo Park.  A picture of my car – and Mr Miller’s would have been identical – is attached.”