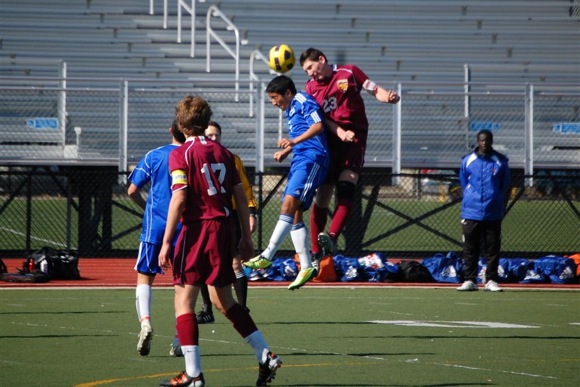 The Menlo-Atherton High School boys soccer team will face Serra High School in a CCS semi-final game on Wednesday, Feb. 29. The game will be played at Del Mar High School in San Jose at 7:00 pm.

Wrote Caleb O’Neel and Gavin Rea in Monday’s M-A Bear News about last weekend’s victory that propelled the team onward: “… the Bears pulled off a 2-1 victory over Santa Teresa in the CCS quarterfinals, marking the first of what they hope will be numerous postseason victories. M-A entered the game in prime form after going undefeated all season and winning the PAL. This success won them the top seed in CCS, and a first-round bye. In spite of their high seed, however, the Bears were in for a dogfight against a scrappy Santa Teresa squad looking to pull off an upset.”

M-A wins! 1-0 over Serra and they move on to the CCS Soccer Finals against Watsonville who beat Mountain View 3-0 tonight. Game time 3pm in Gilory on Saturday.