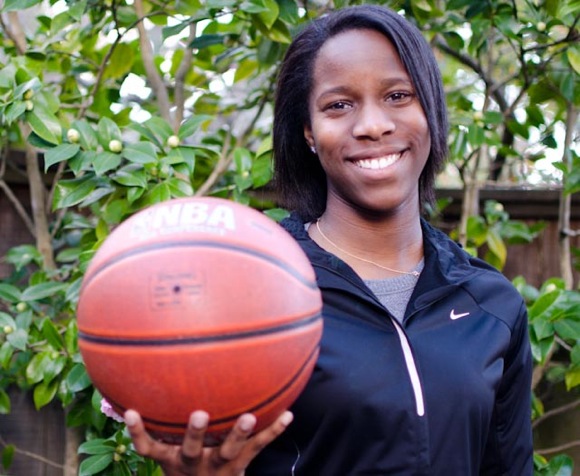 Malea Bieselin can’t remember a time when she wasn’t interested in sports. “When some girls were playing with their Barbie dolls, I was outside shooting hoops with [big brother] Nate and his friends,” she recalls. “As soon as I was old enough to participate in organized sports, I did — first soccer and then later basketball.”

After graduating from Hillview School, Malea headed to St. Francis High School with the intent of playing basketball, which she did her freshmen year along with running track. But, unfortunately, severe tendinitis has kept her on the sidelines over the past three years, yet that hasn’t dampened her enthusiasm for the sport. She now coaches a 7th grade Hillview School boys basketball team and last year coached 6th graders. 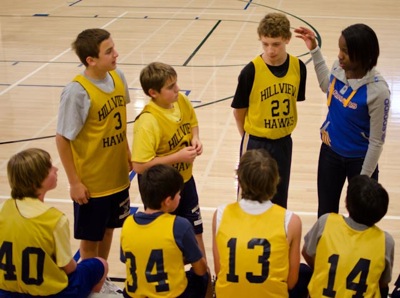 “I started coaching my freshmen year, assisting Art Weil — who had been my coach — with an 8th grade tournament team,” she says. “When I got my driver’s license in my junior year, I thought I might as well coach a team by myself and the Hillview athletic director, Harry Bell, said ‘ok.'”

“I really like coaching. I know the game well, and, given that I can’t play myself, coaching appeals to my competitive nature. Plus, I like the idea that I’m helping kids learn to love basketball, and maybe they’ll go on and play when they get to high school.”

Malea, who’s headed next year to the University of Oregon where she hopes to prepare for a career as a sports agent, said neither the boys nor their parents pay much attention to the fact that she’s a young woman not yet out of high school. Many do come to realize that playing on a Malea-coached team means following a strict set of rules.

“If during practice they start to talk about things that don’t have to do with basketball, I’ll send them to the baseline,” she says. “They know when I do that, it’s bad and they stop talking. If they don’t, I tell them I’m going to come up with activities that don’t have anything to do with basketball. That usually brings them around. I want to reinforce that the whole point of basketball is having fun — and winning games.” 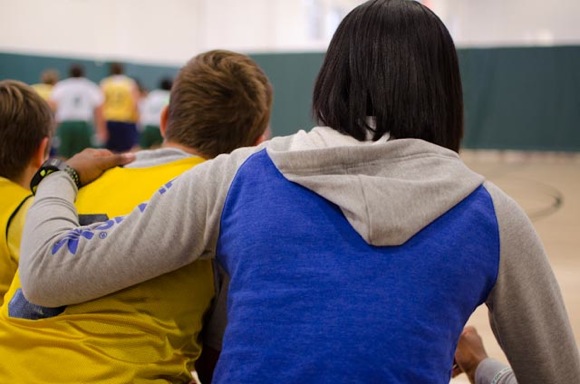 When not at school or coaching, Malea can often be found at Warriors games. “I’m an NBA girl,” she says. “Steph Curry is my all time favorite Warrior but I enjoy watching Nate Robinson — he’s a great addition to the team.”

Being at Eugene next year means no Warriors and no coaching for Hillview. Comments Malea: “Portland is just an hour away, so I can go to Trail Blazer games. And, I’m already thinking about finding an elementary or middle school up there so that I can continue to coach.”