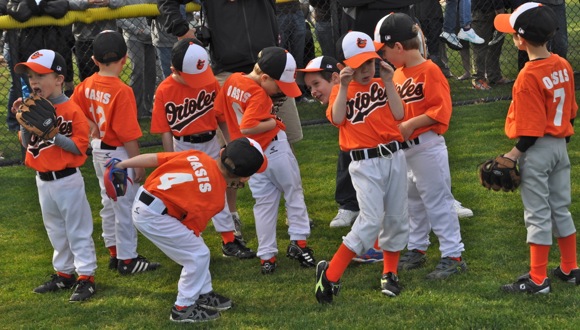 There was a seasonal shift this morning in Menlo Park with two annual events — opening day of the Menlo Atherton Little League and the pancake breakfast hosted by Boy Scout Troop 206. The breakfast is one of the Troop’s major fundraisers of the year, held at Trinity Church, which sponsors the Troop. 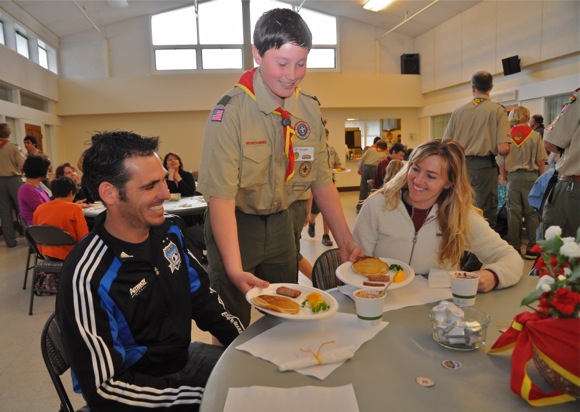 At the Little League opening, all teams were in crisp new uniforms with none of the wear, tear, and dirt that a season of playing adds. The day’s festivities included honoring the “12-year-old who are aging out” (pictured below), meaning this will be their last year of playing Little League. 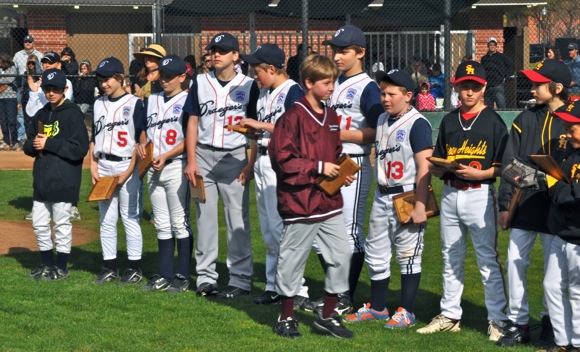 We couldn’t help but be more captivated by those youngster who were just “aging in,” playing on one of the kindergarten/first grade teams (top and below). 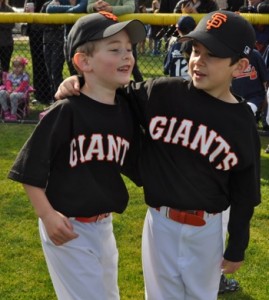 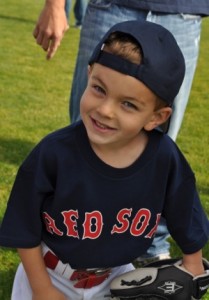