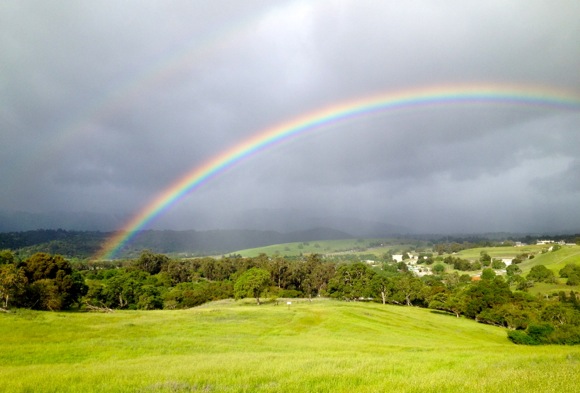 Folks out for early morning exercise dodged some light rain showers that followed the overnight rainfall. “Measured .2″ in my gauges, bringing my season-to-date total to 11.85″ compared to 19.55″ at the same time in 2011,” reports InMenlo rainfall watcher Bill Russ. From the top of the Big Dish ridge, a big rainbow was spotted over Menlo Park,  extending from the Stanford Hills neighborhood to Weekend Acres.