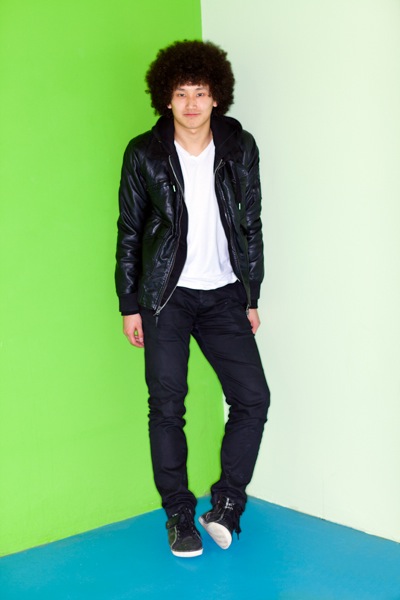 Walter Mak doesn’t deny that his hair, styled in an Afro, attracts attention. Nor does he claim credit for originating the idea.

“My inspiration was a Japanese woman who I saw on TV playing in a FIFA Women’s World Cup tournament one night when I couldn’t sleep” he says. “That was five years ago. I wanted something new, something that not everyone else had.”

Twenty-three-year old Walter, who is Chinese-American, is studying industrial design at CSM. He spends late afternoons/evenings at the Royal Badminton Academy in Menlo Park, where he holds the title of “Royal Experience Manager” and “Head Designer and Stringer.”

“I was playing badminton at another club and heard that Hadi Lazuardi opened this place, so I came over here to play,” recalls Walter.  “I’m not playing as much lately due to a knee surgery.” 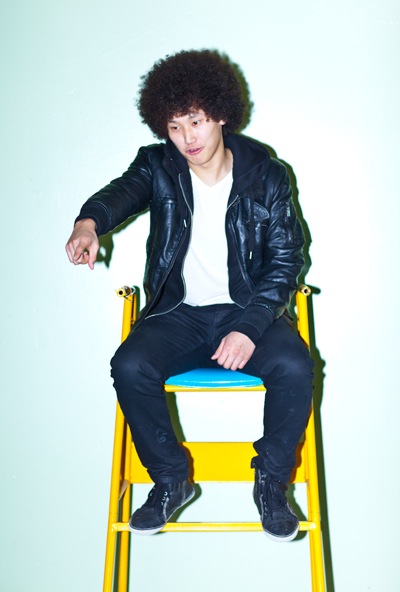 When it’s suggested that he’s stylish, Walter demurs. But, he’s at ease talking about this clothing choices:

“I favor dark clothes — nothing too bright or light. Nothing so outstanding that it sticks out.

“I used to collect shoes a lot. But now I look for stuff that’s minimal. Not too flashy. Most of my shoes are black now. Half high tops and half  sneakers.

“I’m really picky about jeans. Sometimes it’s hard to find the right fit. I don’t like to wash jeans because they fade. So, if I have jeans that need washing, I get a new pair. I like the feel of new, raw demon — it’s rough and fresh.

“For shirts, lately it’s just been a white t-shirt or v-neck. I used to buy stuff from street wear companies, but I feel like I’m getting too old for that.

“I have a lot of jackets and used to like pea coats a lot. But, now it’s more about outerwear that I can layer, wearing two jackets at a time.”

Back to his hair, Walter says it’s not hard to care for. He gets it permed only every six months and does trims himself.

“One thing I know — I’m not going to change my hair anytime soon.”

Editor’s note: Do you know someone who has a distinctive style? Send your suggestions to tips[at]inmenlo.com.