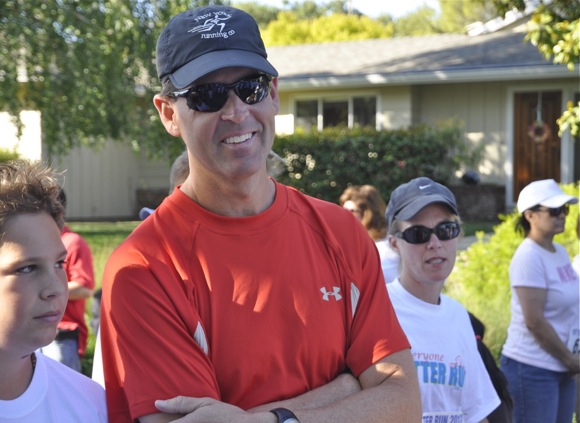 As a regular participant in today’s Otter Run, the annual fundraiser for Oak Knoll School’s PTA, Dr. Scott Kaloust has one firm goal: “I don’t want the fast runners to lap me,” he says, referring to the double loop route for those running the 5K.

The popular Menlo Park-based orthodontist thinks of himself as more of a swimmer than a runner. He swims with the Menlo Masters at Burgess Pool. “I did run a marathon a couple of years ago and run a couple of times a week,” he says. “I do more triathlons now. I’m lucky that I can finagle my lunch hour to get my swims in.”

For the past six or so years, Scott has sponsored the Otter Run, this year as Platinum sponsor. “I knew Katie Ferguson, who organized it for many years, and of course, a lot of my patients go to Oak Knoll,” he says. “While it seemed I’d see Otter Run t-shirts everywhere, I didn’t know how large an event it was until my first year.” 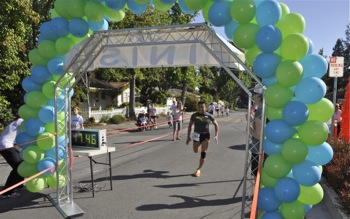 This year the usual couple hundred kids and adults took part in either the 1.5 mile Fun Run or the timed 5K. Oak Knoll teacher Michele Tom (pictured with the speedy 8-year-old Julian Montoya completing their first lap) won the female division. Ernesto Aristeo (pictured right), who is training for the San Francisco marathon and works out in a Fleet Feet training group, won the male division. 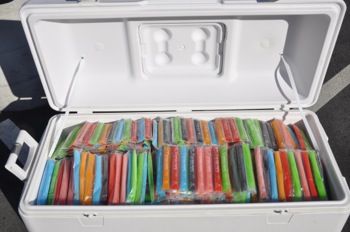 Scott, who was joined by three of his employees, didn’t get lapped.  Post race all the orthodontist and his office staff were on hand to give out what’s become known as the Kaloust team treat — Otter Pops. “Perfect for the Otter Run, I think,” says Scott.