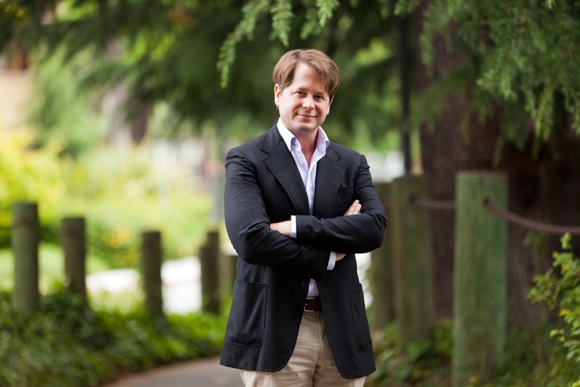 You could say John Leake enjoys unraveling mysteries, especially when they involve a cover up.

The Menlo Park-based author spent a decade in Austria, where both of his books are based. The first, Entering Hades: The Double Life of a Serial Killer

, tells the story of Jake Unterweger — a murderer, writer and cause célèbre of the Viennese intellectual elite in the ‘1980s. 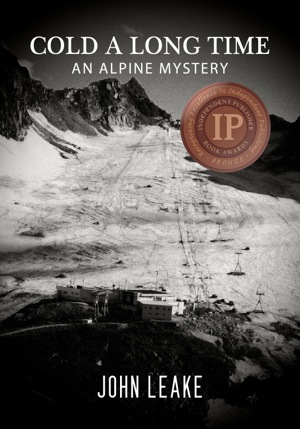 His new book, Cold a Long Time: An Alpine Mystery

, which is proving popular with Menlo Park book groups, traces a Canadian family’s 20-year search for the answer to the mysterious disappearance of their son, Duncan MacPherson, a pro hockey player who went missing in 1989.

“Duncan’s parents came to me because they had read my first book,” said John. “His body had turned up 14 years after he disappeared, and they were exploring different hypotheses of what had happened. A lot of them were far-fetched but as a parent you don’t want to give up.”

The story of Duncan’s disappearance consists of a number of highly improbably twists and turns. “If there is a moral to the story,” said John, “I think it’s the amazing capacity for people to turn a blind eye when there is concern about making a person of influence unhappy. And, I want to emphasize this is a true coverup. The cause and manner of Duncan’s death were concealed from his parents.”

Cold A Long Time recently won the Independent Publisher Award in the category of true crime. It’s also receiving notice from professional in the field. “This is one of the biggest cover-up cases I’ve ever seen and I’ve seen it all,” said Margaret McLean, a former Boston prosecutor who is now a law professor at Boston College.

In researching the book, not only did John get a course in forensic science, he was introduced to the world of missing persons. “If your adult child disappears abroad, neither the police nor the consular service wants to get involved,” he said. “That’s because adults have the right to privacy.

“We’ve discovered that there are countless other stories about adult children who have disappeared. We’re hoping that the book can serve as a case study for what happens when an adult child goes missing abroad.”