Summer kicks off in Menlo Park with neighborhood block parties 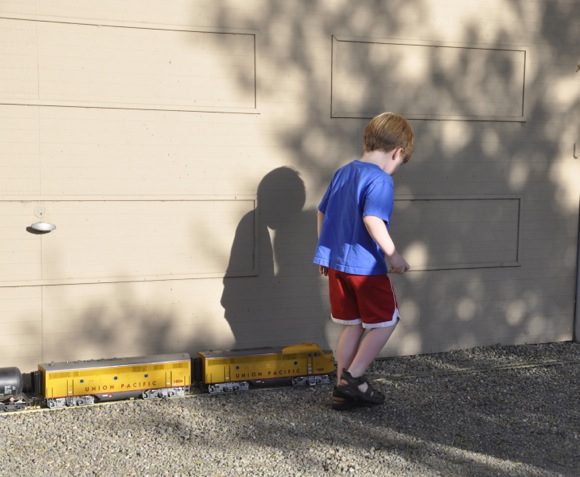 The block party season got underway yesterday in Menlo Park with a neighborhood tradition of sorts and the beginning of a new tradition just blocks away.

The Friday Frolics held in the University Park neighborhood of Menlo is an off again, on again event that has roots in that neighborhood’s other long-standing traditions. “The DiCarlos always organized a 4th of July party,” said long time resident Jim Camarillo. “The Friday Frolics has had various incarnations. It used to spill onto Oak Knoll School [before the locked gates]. And then it was along Vine Street. But this year it’s back on Perry Lane where the DiCarlos lived and where it seems to belong.” 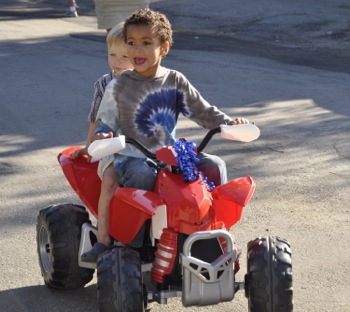 Constants at the Frolics are kids getting to see the Camarillo Pacific Railroad in action (above) and taking turns on the electric powered vehicle (right).

Asked about how hard it was to pull together, Reza said: “It really wasn’t that difficult. I got a permit for the street closure and called a couple of food trucks and the local fire station. It’s been something I’ve wanted to do for a couple of years but this year it came together.”

Is your neighborhood having a block party this summer? Let us know: tips@inmenlo.com. 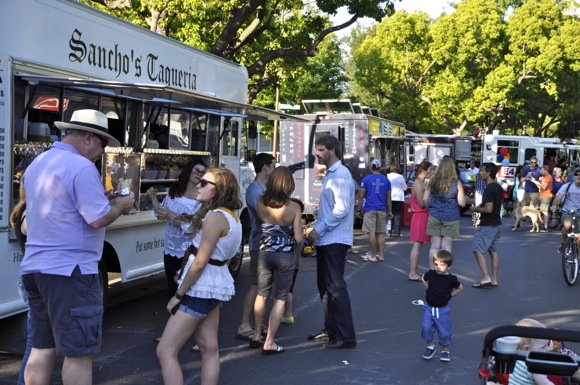