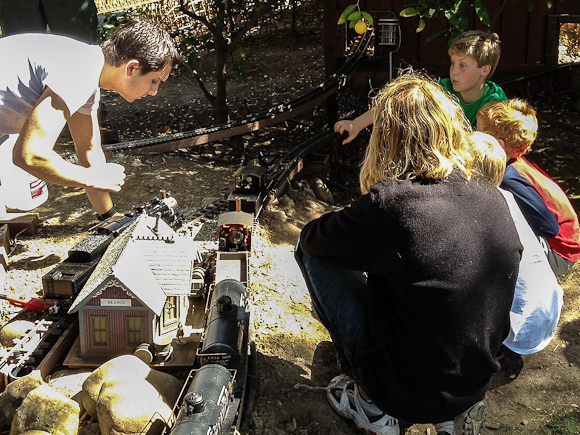 Colin Camarillo, who operates Camarillo Pacific Railroad in the front yard of his Menlo Park home, kept his many diesel engines in the train barn this afternoon in favor of his recently rebuilt steam locomotive (two far right bottom images).

“The locomotive was one of the first I bought when I built the railroad in the early 2000s,” he says. “Kevin Anderson, one of the original builders, and I ran it every day.

“It got a lot of use, and then for four years, it just sat in a state of disrepair. But my Dad always like the steam locomotive, and we found a guy who could not only restore it but do some customization. We’re all thrilled. It looks great and has a lot more oomph.”

The engine not only drew a crowd of young admirers from the neighborhood but was joined by two other steam locomotives for a super display of railroading.

Here’s a video of the trains in action: 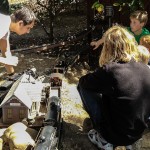 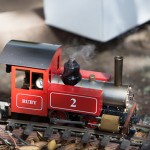 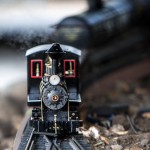 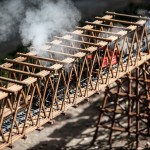 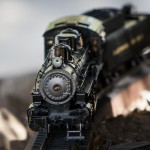 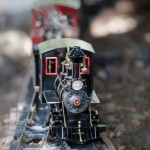 Photos and video by Scott Loftesness

We try and run the trains on sundays, but please email me and ill let you know when we are running!

Dear Colin, You have come a long way from your start up Brio Train when you were 2. You have the personality of a Pied Piper because you are so committed to what you are doing and you inspire all of us around you. You contribute so much to all our lives.
Thank you and keep “Choo Chooing”. I love you, Gramma Lolly

Grandma I love you