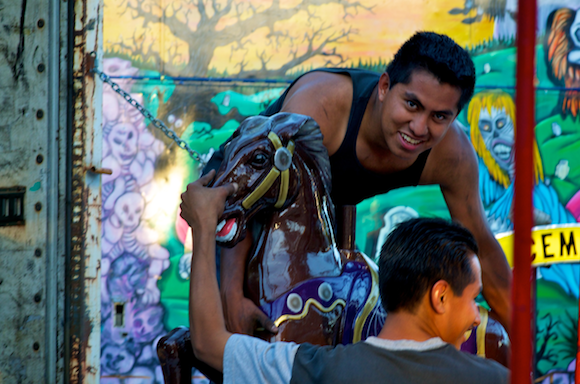 Last Saturday I enjoyed walking around the Nativity School Carnival photographing the rides, games and happy faces of the kids. At each area, I was struck by the kindness of the carnival workers and thought I would return on Sunday to talk with them about their jobs and a life so different than we know here in Menlo. 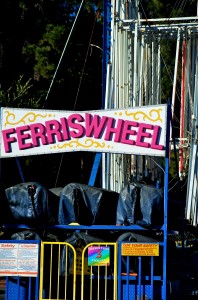 It was fascinating! Everyone I spoke with had incredibly high job satisfaction and many had spent decades in the world of carnivals. Some worked year round doing maintenance and even designing and building new rides, longing for the next season. Richard, a 40-year veteran said, “We only work two days — set up and pack up — the show itself is pure fun”.

His wife started 50 years ago, when she was six. Lenny, the show manager, is fourth generation. The crew worked so hard dismantling the rides, smiling all the while. I told Richard that he had real working hands and was quite a character. He grinned, tipped his cap and said “You have to be a character to do this, and if you love it, you never leave”.

I’ll look forward to seeing the them all next June and asking about their year. 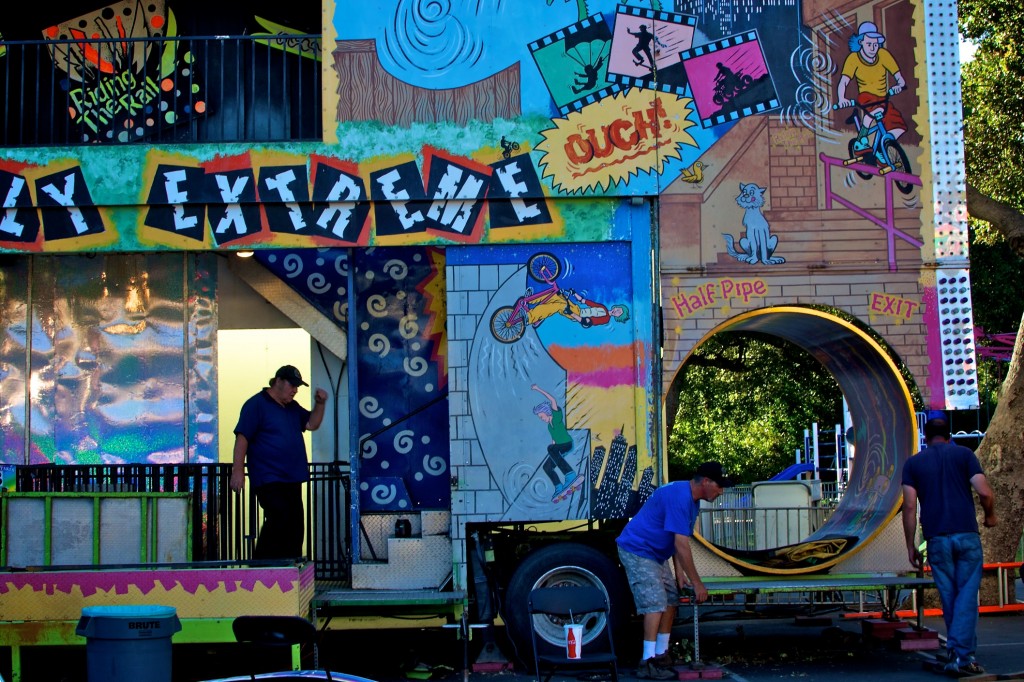 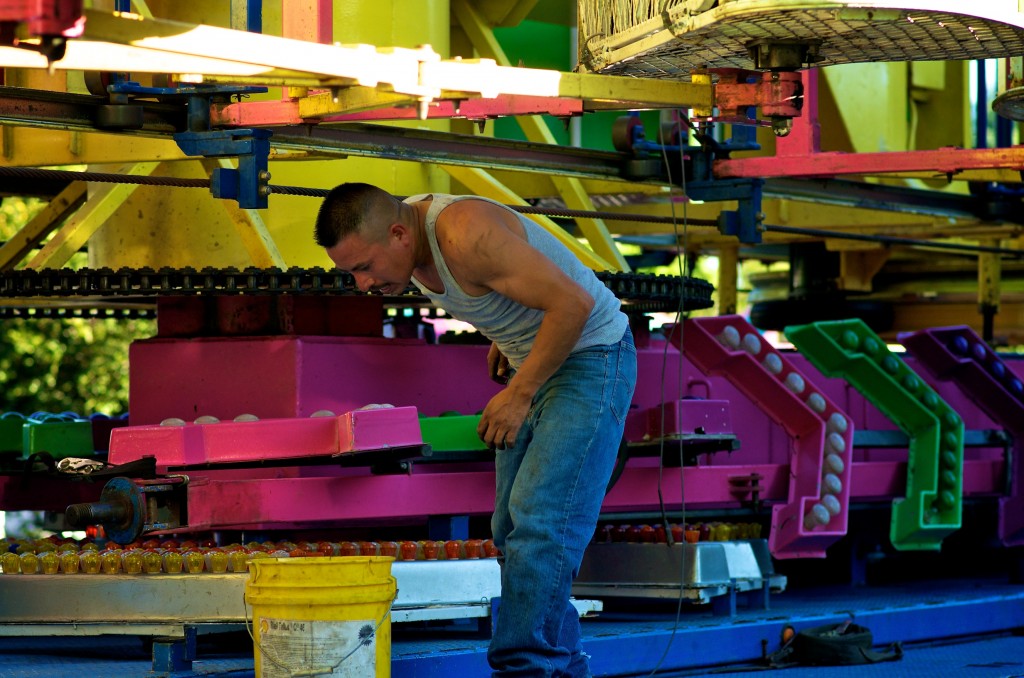 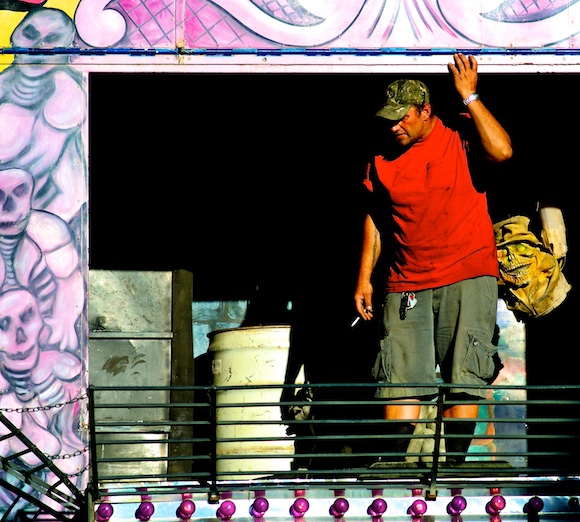 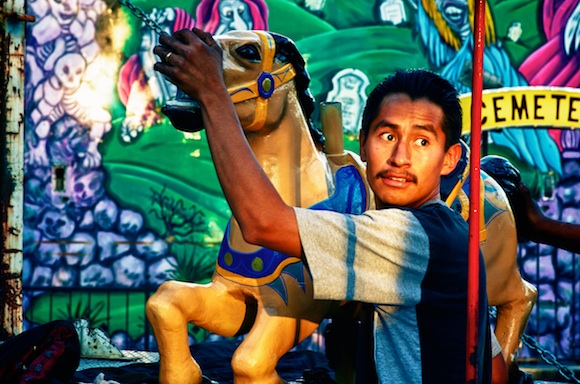 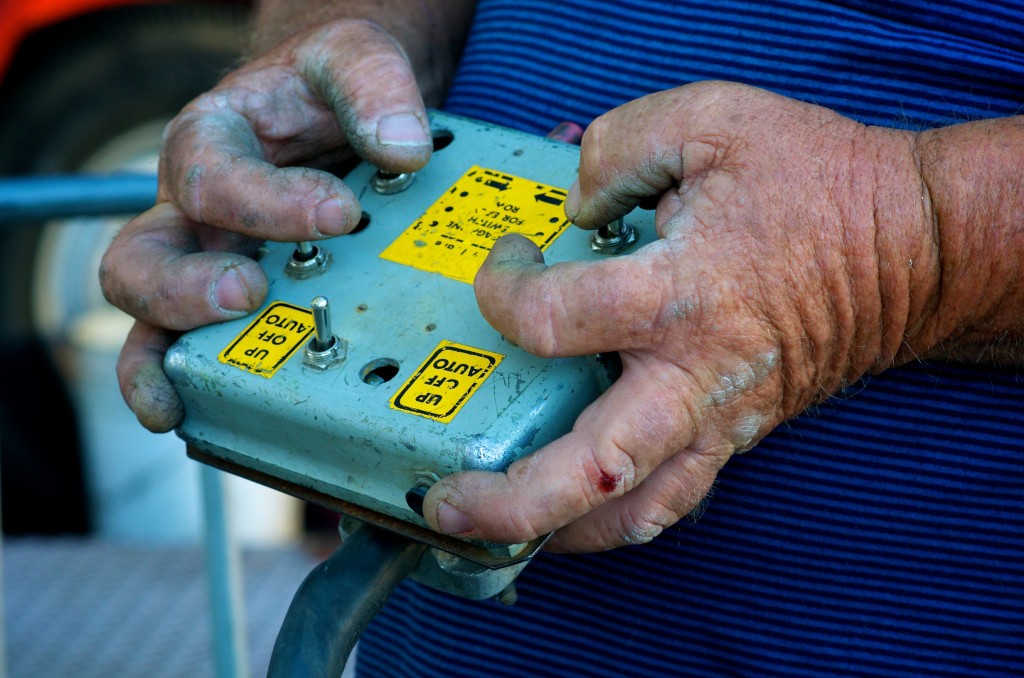 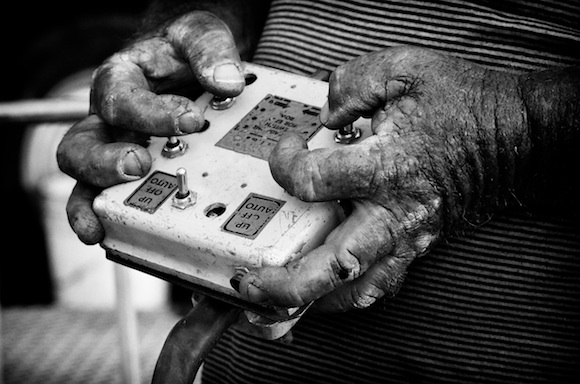 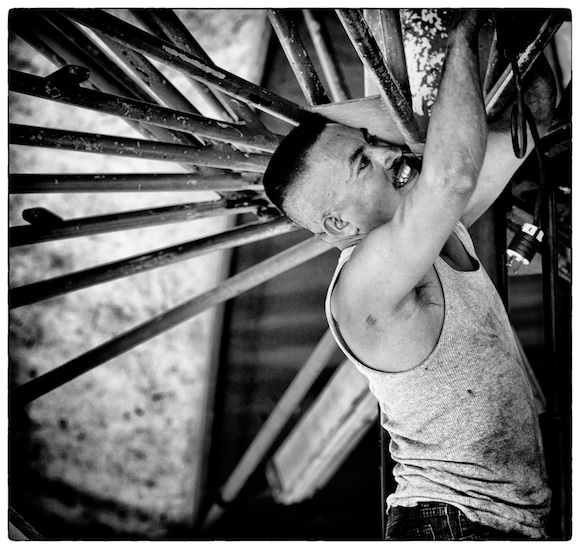 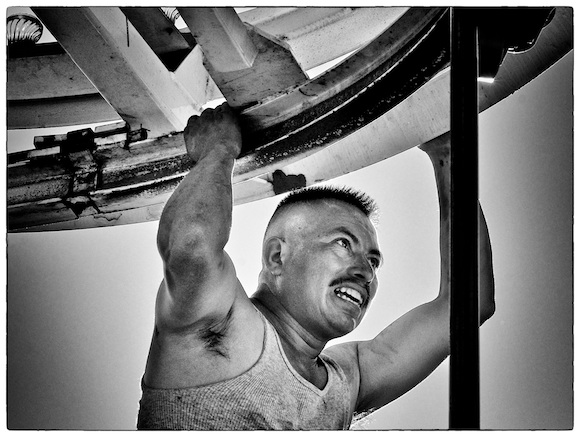 Great photos! The people, the colors, the equipment: such an interesting subject, and well done.