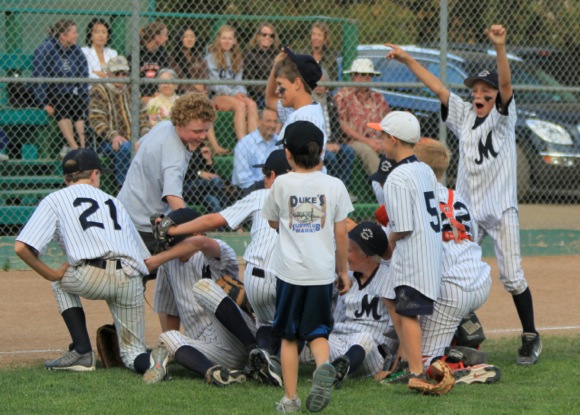 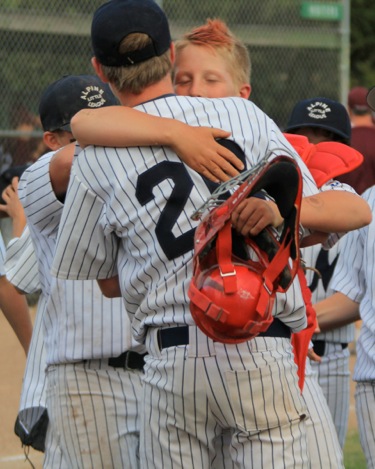 Morey’s Matt Gursky pitched all six innings to earn the victory, and 11-year old William Bartlett slammed a three-run homer in the 5th to break open what was a 4-4 score entering the inning.