Children’s triathlon is held at Burgess Park in Menlo Park 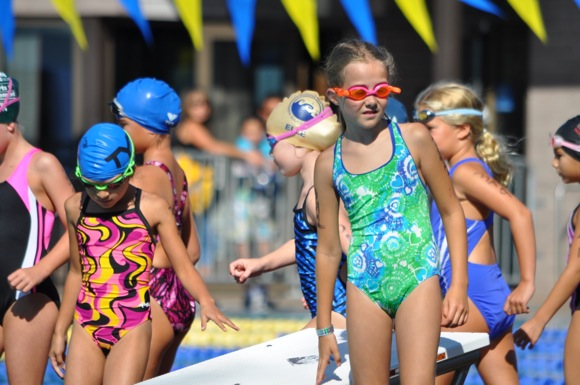 The first of what organizers hope will become an annual summer event — a children’s triathlon for ages 6 through 14 — was held this morning at Burgess Park in Menlo Park. About 300 young athletes took part.

“Katrina Whitaker, Community Services Manager with the City of Menlo Park, suggested a collaboration with Menlo Swim and Sport to put on a youth triathlon event in 2012,” said Tim Sheeper, explaining how the event got organized. “I contacted a local professional event production company, Threshold Racing Inc., and they agreed that the Menlo Park site would be a fantastic venue for a youth event.”

The park and pool did lend itself to a compact event that could be enjoyed by the parent spectators. All the kids started in the pool, oldest to youngest. Those six and under swam 25 yards, 7-10-year-olds 100 yards, and 11-14-year-olds 200 yards. 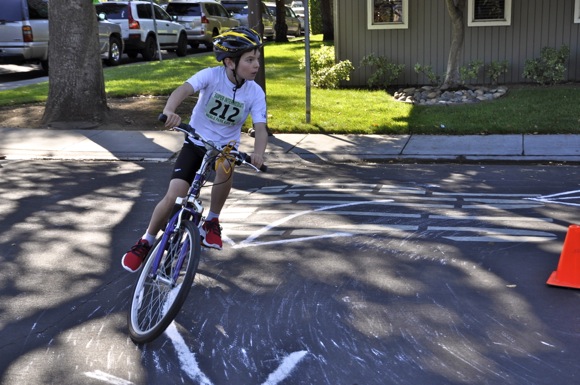 They’d stationed their bikes near the picnic grounds, and after completing their swim, headed off on a one-mile bike loop that utilized Burgess Dr. and Alma St, which had been closed to traffic. The distance was, again, determined by age group: 1 mile for six and under, two miles for 7-8 years olds, four miles for 9-10 year olds, and six miles for those 11-14.

“A portion of the proceeds from the event will go to the Beyond Barriers Athletic Foundation that is providing swimming lesson scholarships this summer to youth in Menlo Park’s Belle Haven neighborhood and East Palo Alto,” said Tim, who oversees the pool and Menlo Swim and Sport. “We are all very excited about this new offering to the Menlo Park community.” 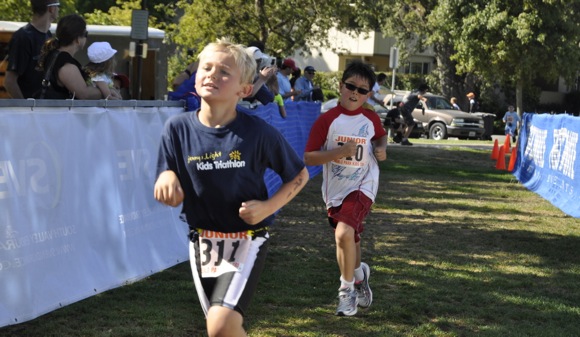